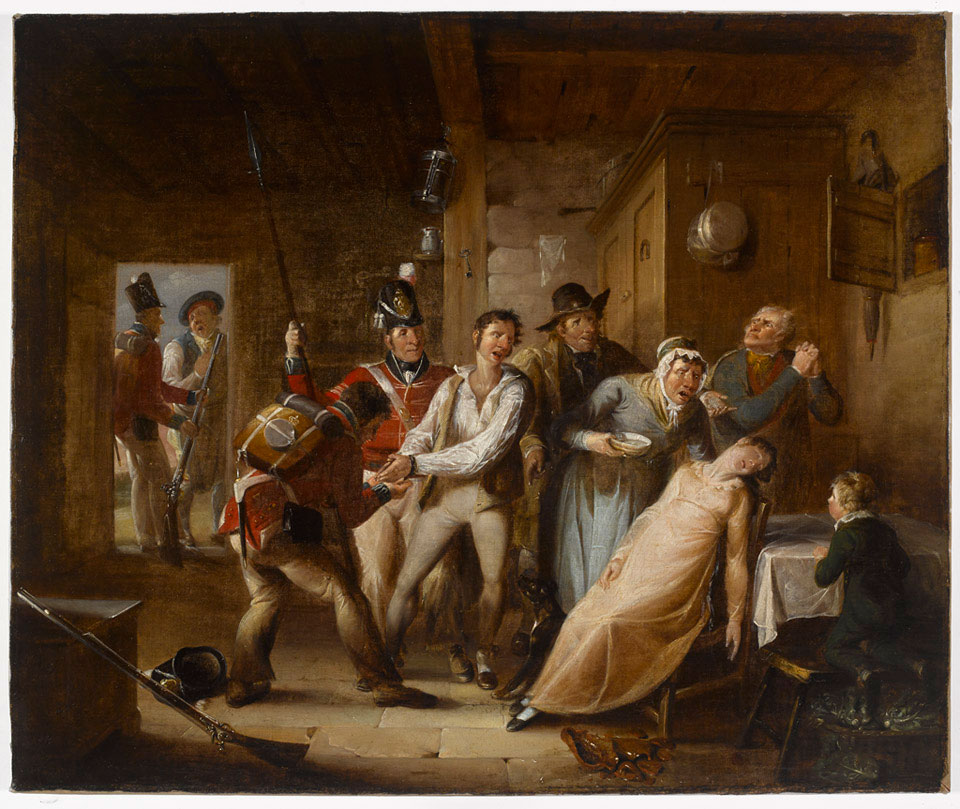 In a cottage parlour, the deserter's wife swoons in a chair while the man's hands are tied by a soldier with his sergeant; unable to prevent the removal of the young man by the armed soldiers, the couple's family attend to his wife.

The majority of deserters were young soldiers in their first few years of service who found it hard to accept the rigours of army life. Desertion was also common just before going on campaign overseas, with soldiers at home on furlough (leave) failing to return to camp. Military regulations restricted the number of wives who were allowed to accompany the Army on campaign to six per company (about 100 men), so the prospect of leaving loved ones at home, perhaps for some years, was a strong incentive for desertion. Some families accompanied the regiment without permission, but no provision was made for them and they had to survive on what little provisions their husbands could spare them.

Despite the criminal nature of desertion which could be punishable by branding, imprisonment or even death, paintings such as this were intended to arouse sympathy for the culprit and his family. The scene is set in a simple cottage interior, with a clean white tablecloth and neatly-dressed wife and child. However, the domestic happiness is thrown into violent disarray by the arrival of the armed soldiers. The smashed pot on the floor mirrors the breaking-up of the family unit.

Donated by Sir Alec and Lady Martin through the Art Fund (formerly the National Art Collections Fund or NACF).