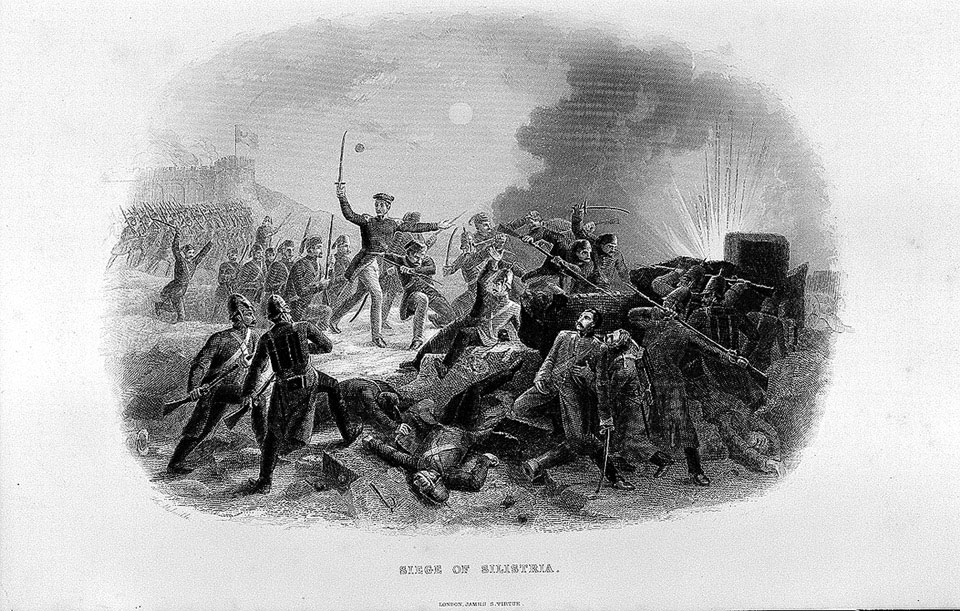 Engraving by W Ridgway after Harden Sidney Melville (fl 1837-1882), a plate from Edward Henry Nolan's 'The History of the War against Russia', London (1857).

This steel engraving depicts Turkish Troops storming the Russian Guns at Silistra (Bulgaria) during the Crimean War (1854-1856). If the Russians were to make a success of their campaign on the Danube, they needed to capture the stronghold of Silistria; but the successful resistance mounted by the Turks during the course of a two month siege (April-June 1854) was unexpected by the Russians.

The British imagination was captured by the part played in the defence by two volunteers, Captain James Butler and Lieutenant Charles Nasmyth, and this print depicting one of them in the forefront of the action, reflects this.