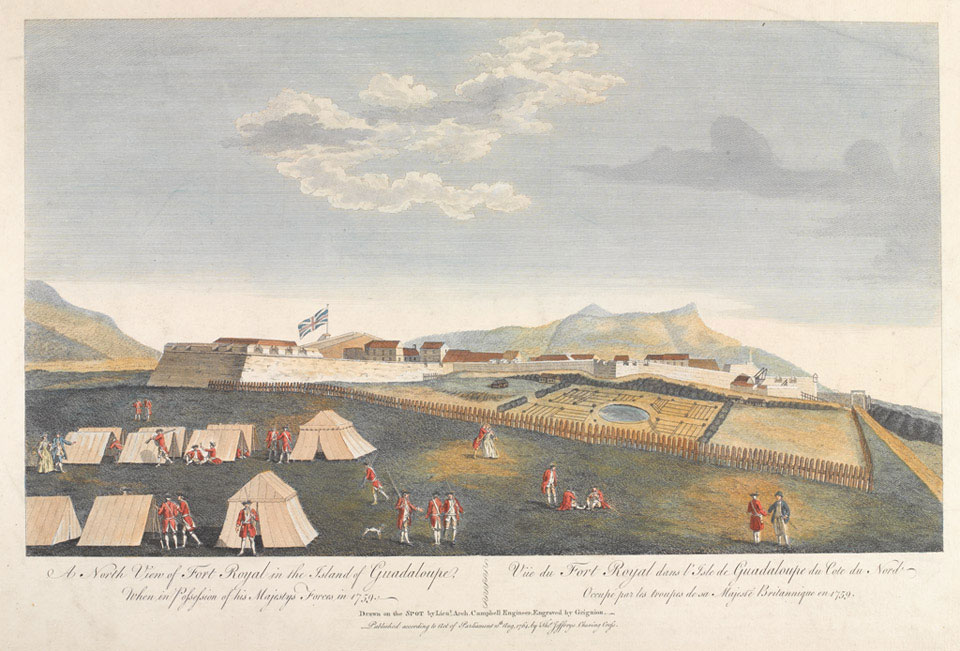 Guadeloupe was the richest of the French islands in the West Indies and a favourite refuge for French privateers during the Seven Years War (1756-1763). In April 1759, a British force captured the island after a series of actions which gradually wore down the French defenders. British casualties during the fighting were comparatively light, but fever killed some 800 officers and men on Guadeloupe by the end of 1759.