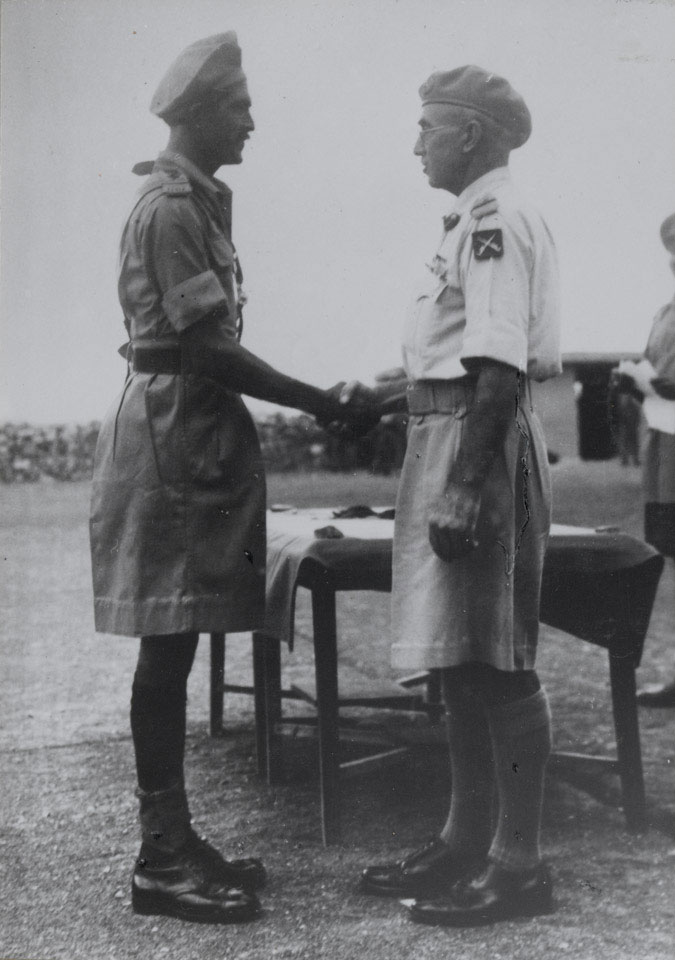 Subadar (Lieutenant) Mohammed Hayat of the 13th Frontier Force Rifles, was captured by the Japanese at Singapore in February 1942 and put in a Prisoner of War camp. The Japanese at the camp tried to force him and his fellow soldiers to join the Indian National Army (INA), so they could be sent to Burma and fight against Britain. If the Japanese captured Burma, they would be at the gates of India where they could raise the whole country against Britain.

Not only did Subadar Hayat refuse to join, but rallied his men against the Japanese threats. As a punishment he was hung in a cage for 30 days. He continued to shout at his men, urging them to resist and stay loyal to Britain. As a result his food was reduced to a handful of rice a day. After the war he was awarded the OBI for his long and faithful service.