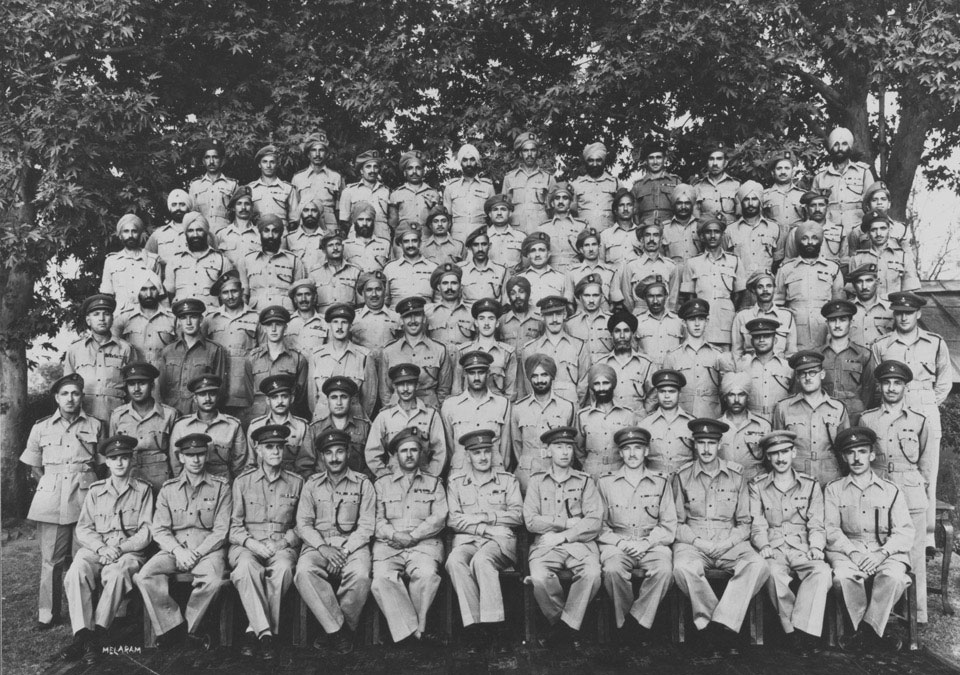 Indian and British officers of the 13th Frontier Force Rifles, 1946