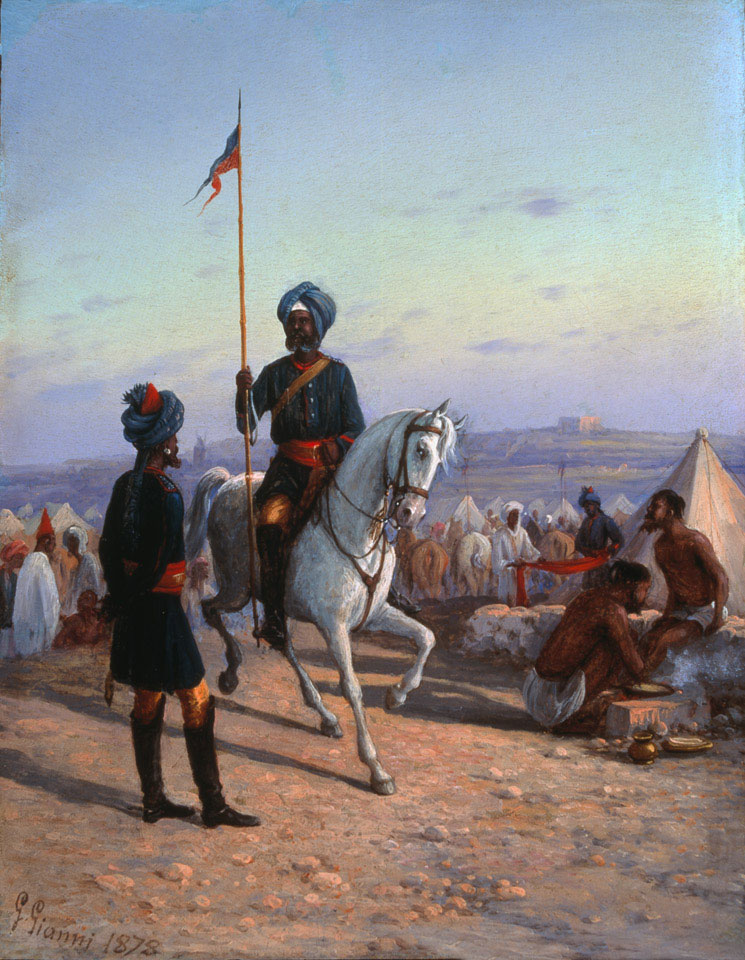 Oil on millboard by Girolamo Gianni, 1878.

When the Indian Contingent was sent to Malta in 1878, it was the first time that Indian troops had been employed in Europe. Although they were not involved in any action, their presence bolstered the British political position at the Congress of Berlin, upon the conclusion of the Russo-Turkish War (1877-1878).

Only one squadron of the 10th Bengal Lancers was present in Malta, serving with the 9th Bengal Cavalry. These regiments had both been raised by Major William Hodson in 1857, and in 1921 were amalgamated to form the 4th Duke of Cambridge's Own Hodson's Horse.