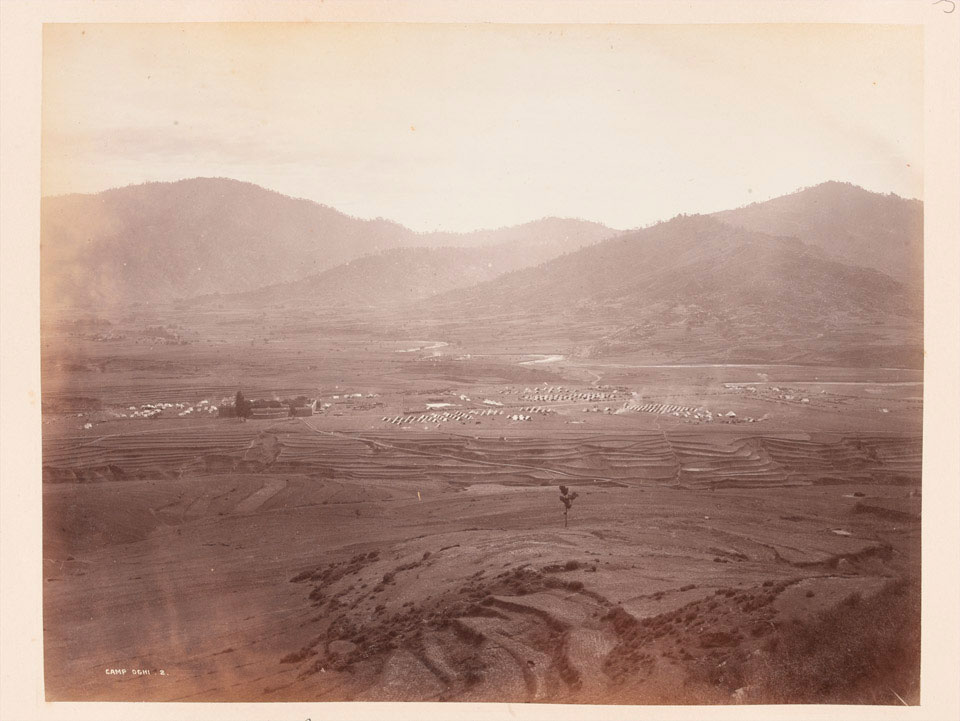 View of a large tented encampment at Oghi, north west of Mansehra, in the North West Frontier Province of India, with hills in the background. Oghi is now in north-west Pakistan.

Sir John Withers McQueen was born in Calcutta on 24 August 1836. He joined the East India Company as a cadet, and became an ensign in the 27th Regiment of Bengal Native Infantry in 1854. McQueen was a veteran of the Indian Mutiny (1857-1859), serving with the 4th Regiment of Sikh Local Infantry after his own regiment mutinied. He distinguished himself at Delhi, Lucknow and Secunderabad (where he was wounded).

McQueen went on to serve with distinction with the 5th Regiment of Infantry, Punjab Frontier Force, on the North West Frontier of India. His experience and knowledge of the frontier was extensive and he was attached to the Kurram Field Force under the command of General Sir Frederick Sleigh Roberts during the 2nd Afghan War (1878-1880). McQueen took command of the Punjab Frontier Force in 1886 and led the Hazara Field Force in the Black Mountain Expedition of 1888. Promoted to major general in 1891, McQueen returned to England. He died in Richmond, Surrey, on 15 August 1909.

From an album of 63 photographs compiled by Major General John Withers McQueen, 1888.