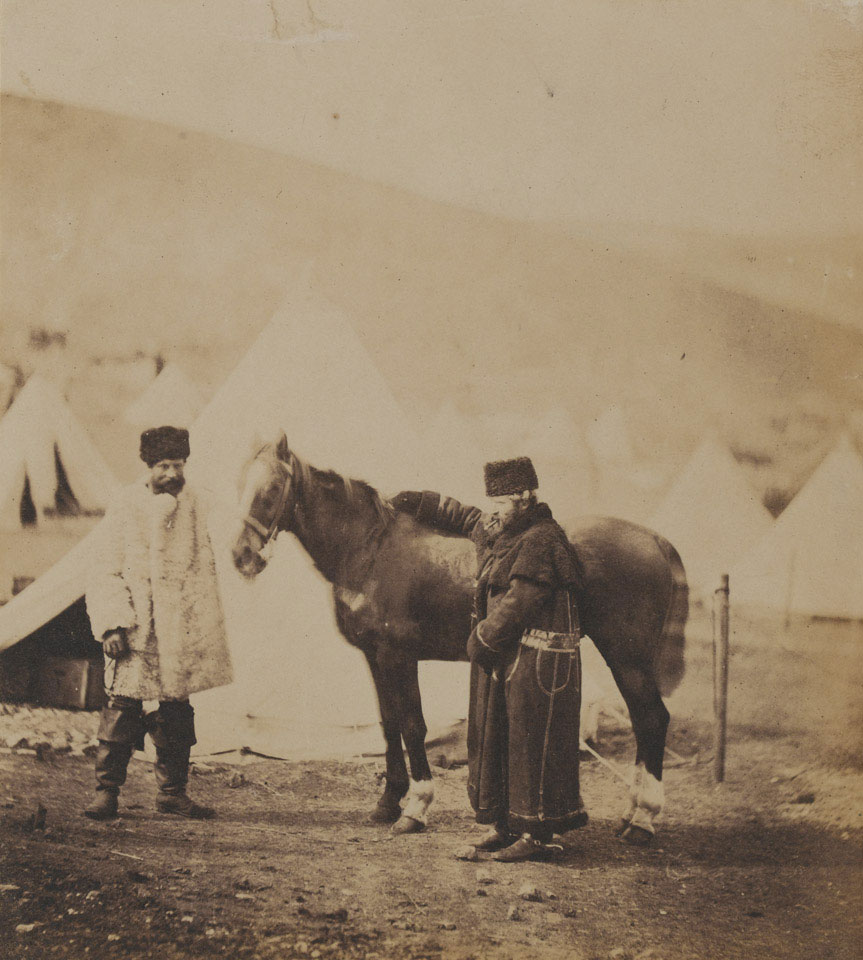 Lieutenant-Colonel Low, 4th (The Queen's Own Light) Dragoons with his horse and an orderly, 1855

Alexander Low (1817-1904) joined the 4th Light Dragoons as a cornet in October 1835. By the time of the Crimean War he held the rank of captain. He fought at the Alma and commanded one of two squadrons of the 4th Light Dragoons in the Charge of the Light Brigade at Balaklava on 25 October 1854. Low went on to command his regiment at Tchernaya and Sevastopol. When his commanding officer Lord George Paget returned home, Low was promoted to Lieutenant-Colonel.

Advanced to colonel in December 1857, Low gained steady promotion over the following years, being appointed major-general in 1868, lieutenant-general in 1877 and general in 1881. He retired that year, but was also made colonel of his old regiment.