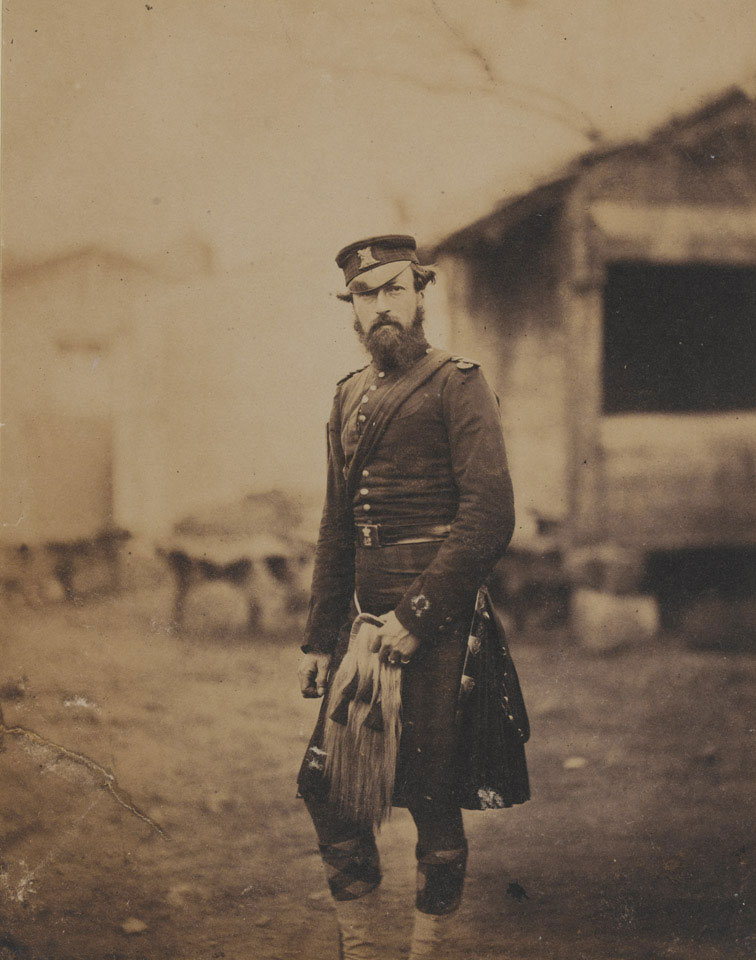 A non-commissioned officer of the 42nd (Royal Highland) Regiment of Foot, 1855

On their arrival in the Crimea the Black Watch were posted to Major-General Sir Colin Campbell's Highland Brigade. They fought with distinction with the latter at the Battle of the Alma in September 1854 before joining the army in the trenches before Sevastopol.

Traditionally the British public had had to rely on written descriptions or artists' impressions for images of foreign wars, but Fenton's photographs were something of a revelation. They enabled a more accurate description of scenes than could be gleaned from paintings, prints and drawings alone.