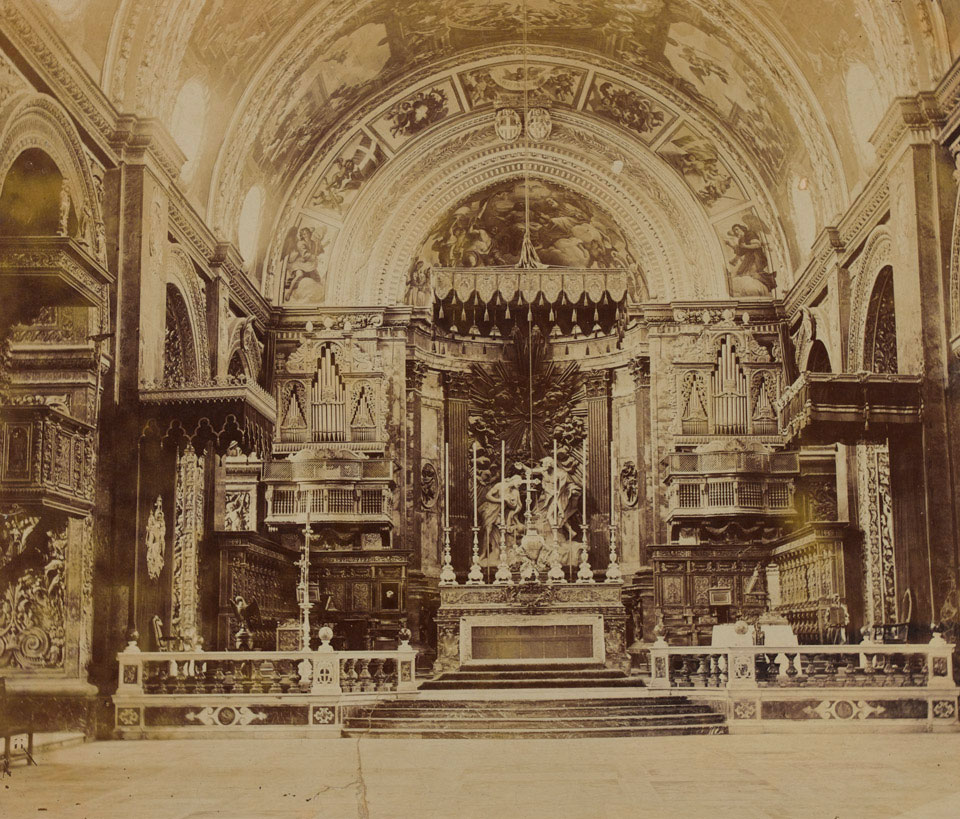 James Robertson (1813-1888) was an early commercial photographer. Robertson entered into a partnership with his brother-in-law, the photographer Felice Beato (1832-1909) and they visited Malta in the 1850s on a number of expeditions. Robertson also worked in the Middle East and recorded images, with Beato, of the Crimean War (1854-1856).

St John's Cathedral, designed by Giralamo Cassar, was built in the 1570s during the occupation of the island of Malta by the Order of the Knights of St John.