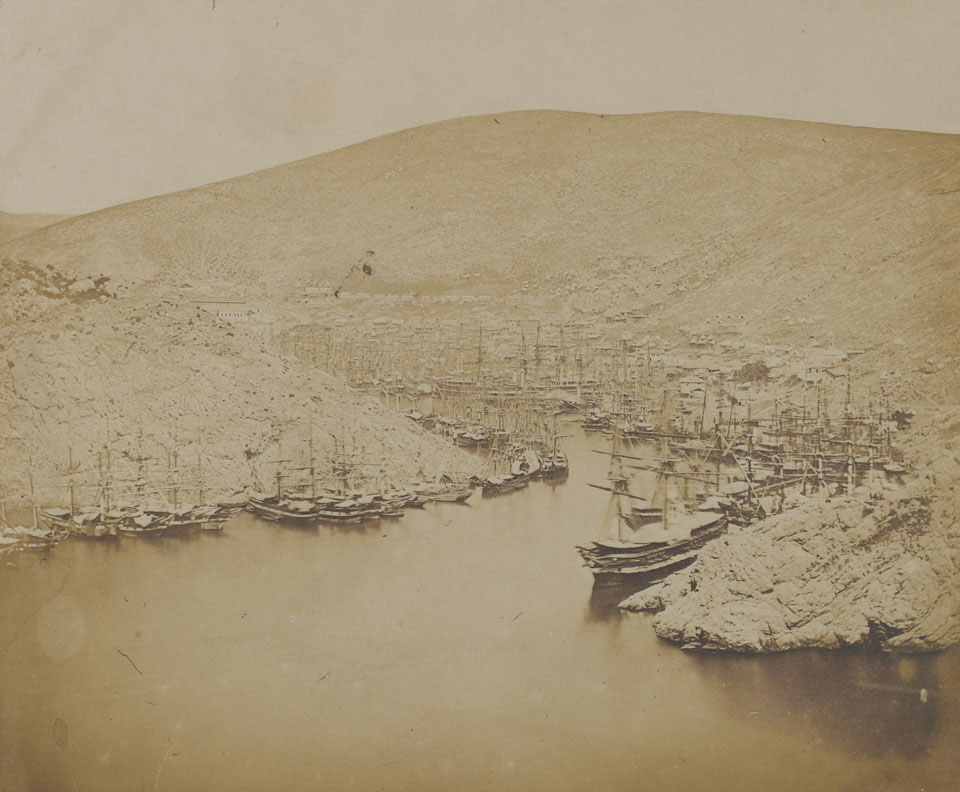 Balaklava Harbour was the principal supply port for the British Army in the Crimea. However, it proved inadequate for the volume of traffic demanded of it. This problem was exacerbated by a storm on 14 November 1854 that devastated the British fleet lying at anchor there, and the onset of the bitter Crimean winter. The result was, squalid living conditions, shortages and suffering for the British soldiers and an administrative headache for the British commander.

From a collection of 22 photographs by Roger Fenton and James Robertson.