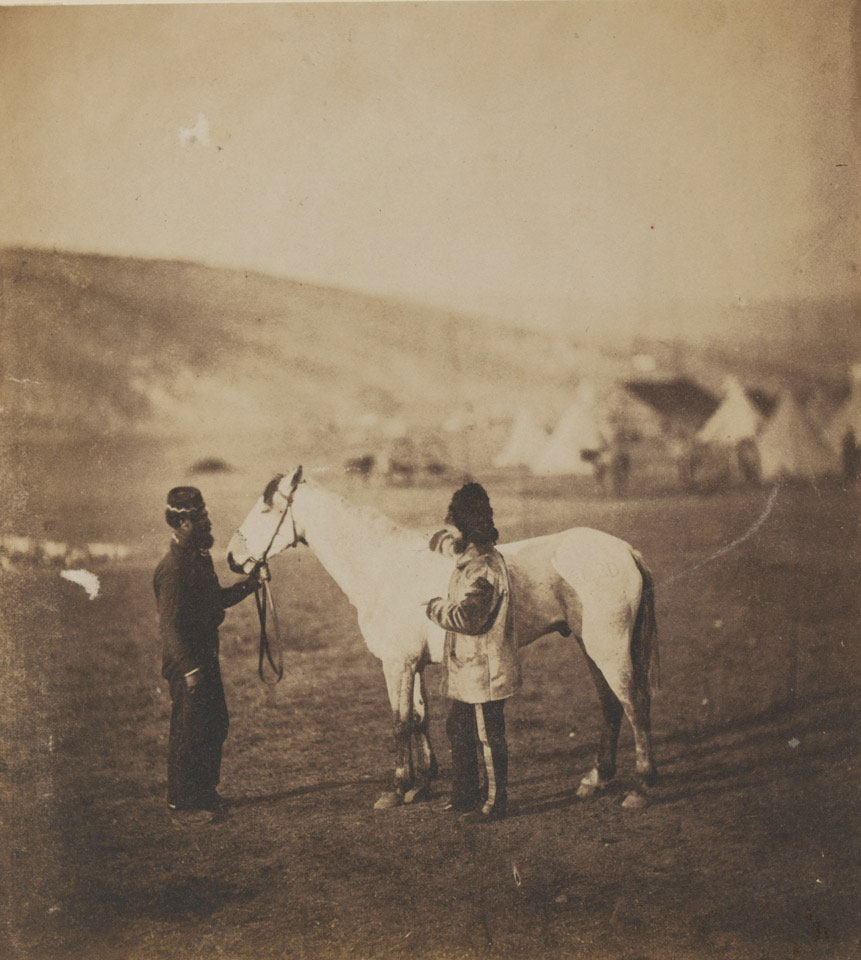 Captain Bernard, 5th (Princess Charlotte of Wales's) Dragoon Guards with his horse and an orderly, 1855 (c)

During its service in the Crimea, the 5th Dragoons, alongside the 4th and 6th Dragoons, rode in the charge of the Heavy Brigade at Balaklava in October 1854. In this action, 800 men, commanded by General James York-Scarlett, routed a 3000-strong Russian cavalry force.