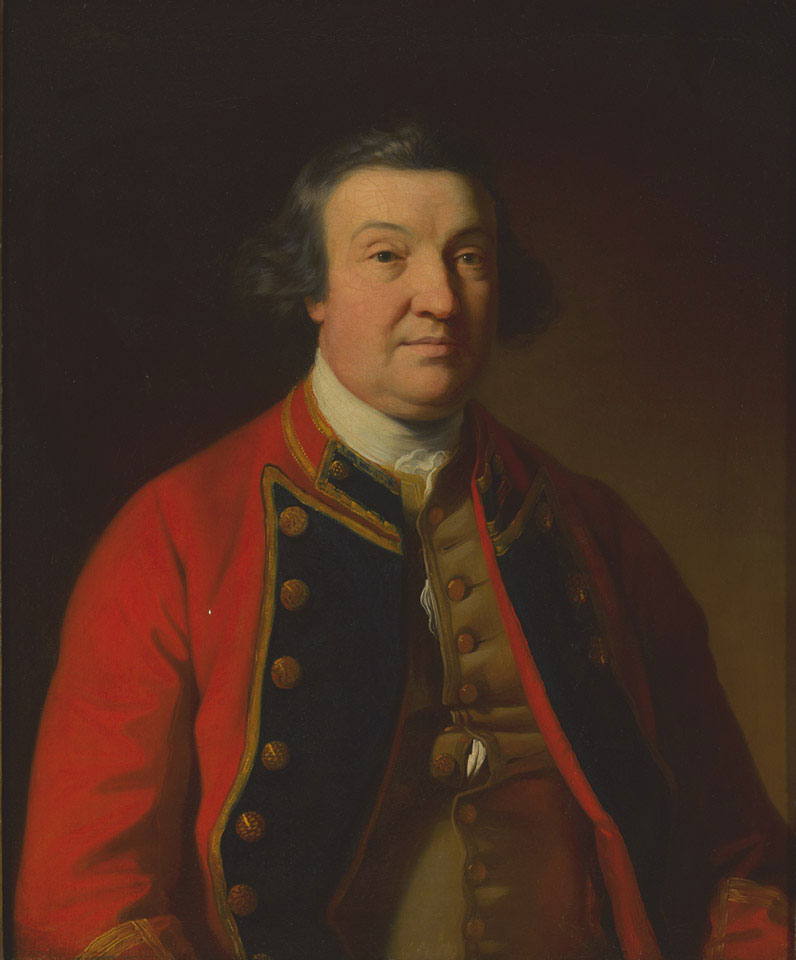 Half-length portrait, wearing a scarlet coat with dark blue lapels (that of a royal regiment), the lapels are buttoned but without loops; the lace is gold; the uniform is consistent with the 1751 warrant.