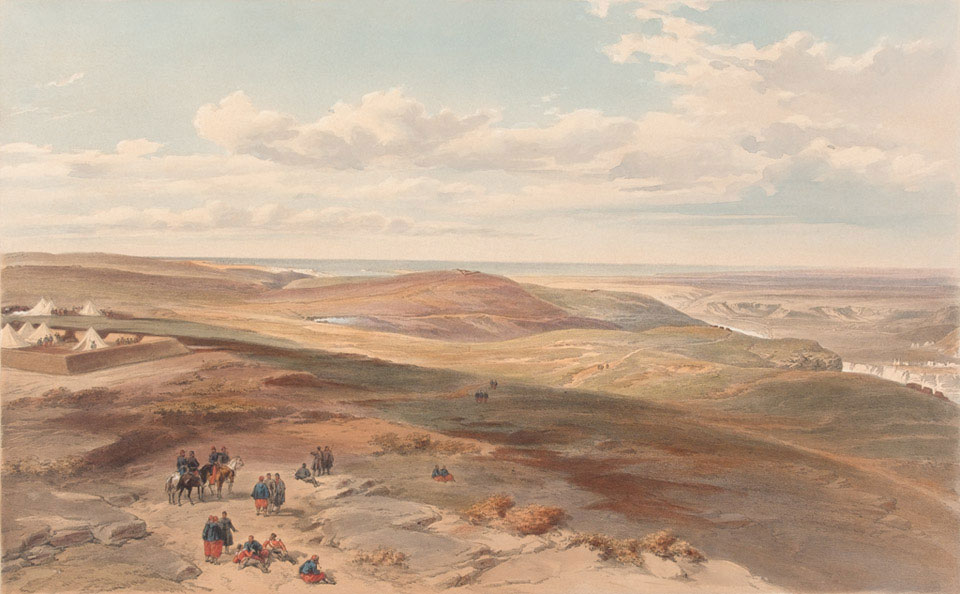 'The Field of Inkermann [sic]'

Coloured tinted lithograph by T Picken, 1855. One of 40 lithographs from 'The Seat of War in the East - First Series' after William Simpson, published by Paul and Dominic Colnaghi and Company, 19 February 1855.

This landscape also depicts a group of French Zouaves in the left foreground and their encampment further to the left. The Zouaves were originally recruited from Arab tribes in French North Africa but by the time of the Crimean War (1854-1856) were a purely French body. They nevertheless retained North African style uniform with baggy trousers, white canvas leggings, short vest and jacket and fez.