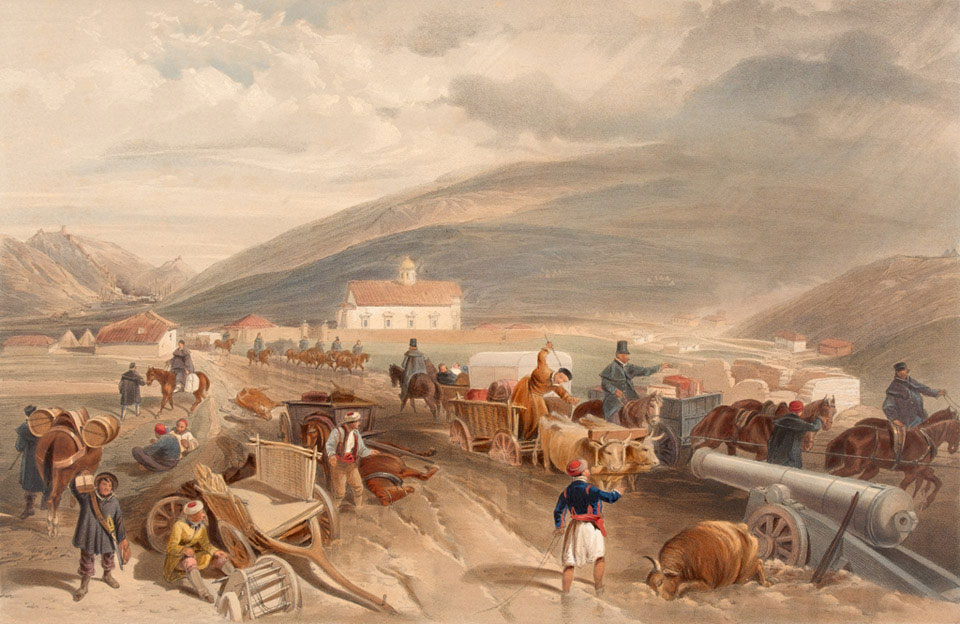 'Commissariat Difficulties. The Road from Balaklava to Sebastopol, at Kadikoi during the wet weather'

Coloured tinted lithograph by E Walker, 1855. One of 40 lithographs from 'The Seat of War in the East - First Series' after William Simpson, published by Paul and Dominic Colnaghi and Company, 9 February 1855.

The rough winter of 1854-1855 turned out to be a nightmare for the British. Several ships which were carrying warm winter clothing, food, medical supplies and hay for the Commissariat's horses were sunk or damaged. Having lost much of their fodder, the army's transport animals soon fell victim to cold and hunger. Without adequate transport the Commissariat was unable to move supplies to the soldiers at the front. To make matters worse, the onset of winter had turned the earthen track between Balaklava and Sevastopol into a boggy quagmire.