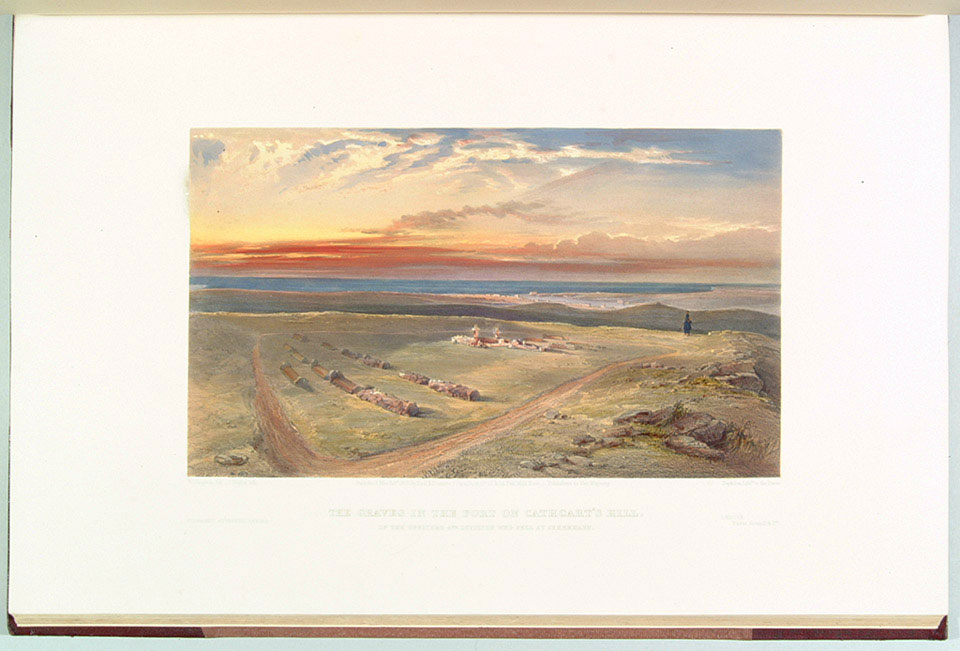 Coloured tinted lithograph by C Haghe, 1855. One of 40 lithographs from 'The Seat of War in the East - First Series' after William Simpson, published by Paul and Dominic Colnaghi and Company, 1 March 1855.

This view depicts the graveyard on Cathcart's Hill that was established for fallen officers of the 4th Division. The hill was named after General Sir George Cathcart, commander of the division, who was killed there on 5 November 1854 during the Battle of Inkerman.