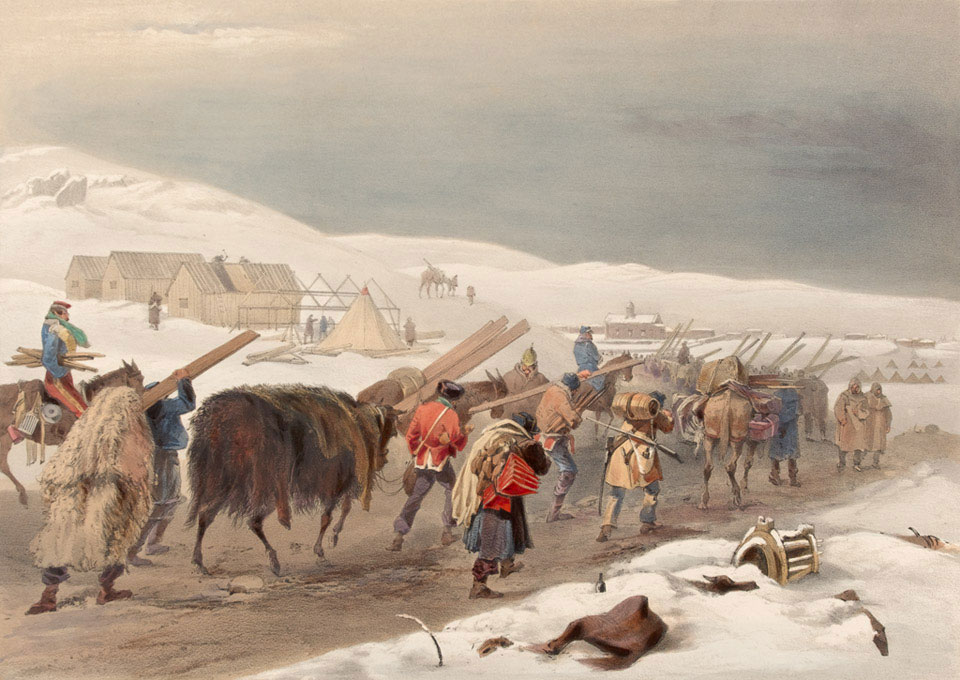 'Huts and Warm Clothing for the Army'

Coloured tinted lithograph by E Morin, 1855. One of 40 lithographs from 'The Seat of War in the East - First Series' after William Simpson, published by Paul and Dominic Colnaghi and Company, 13 March 1855.

Following the public outcry at the condition of the troops in the Crimea during the winter of 1854, the Government had sent out fresh supplies of warm clothing. On 23 January 1855, Lord Raglan reported to Henry Pelham Fiennes Pelham-Clinton, Fifth Duke of Newcastle and Secretary of State for War the 'Great progress...in disembarking and issuing to the troops vast quantities of warm clothing of all descriptions; and I believe I may assert that every man in this army has received a second blanket, a jersey frock, flannel drawers and socks, and some kind of winter coat in addition to the ordinary greatcoat'.