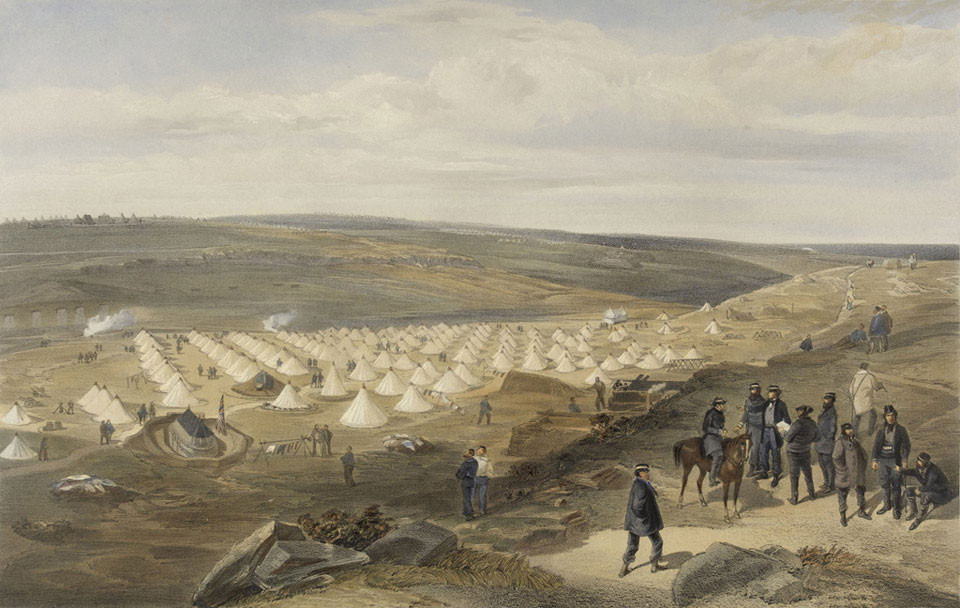 'Camp of the Naval Brigade, before Sebastopol', 1855

Coloured tinted lithograph by E Walker, published by Paul and Dominic Colnaghi and Company, 1 March 1855. One of 40 lithographs from 'The Seat of War in the East - First Series' after William Simpson.

British sailors were frequently formed into land-based units to support the Army's operations. During the Crimean War (1854-1856) the heavy guns of the Naval Brigade played an important part in the capture of Sevastopol in September 1855.