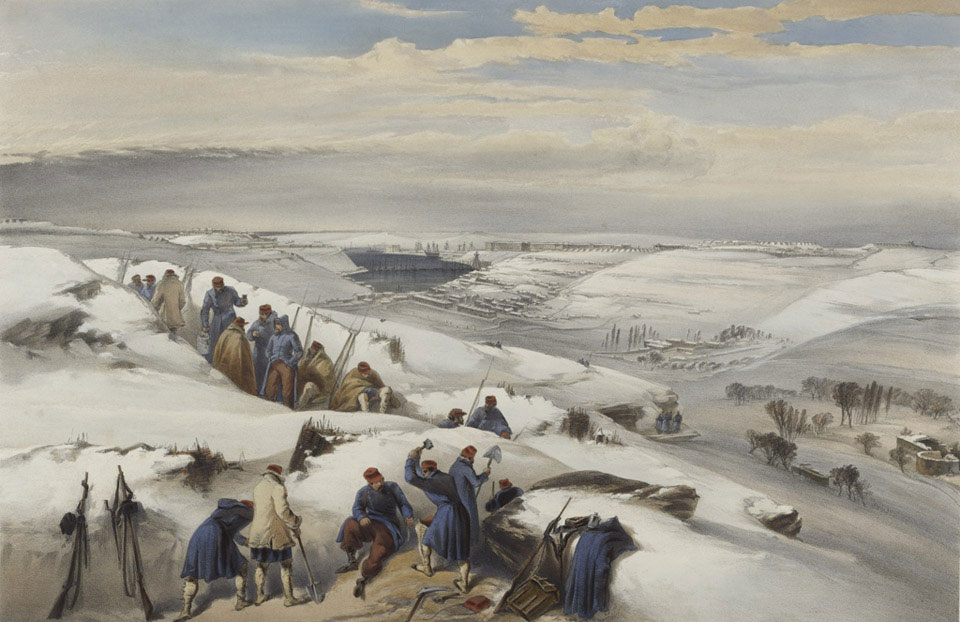 Coloured tinted lithograph. One of 40 lithographs from 'The Seat of War in the East - First Series' after William Simpson, published by Paul and Dominic Colnaghi and Company, 20 March 1855.

Conditions for the troops besieging the Russian port of Sevastopol in the Crimea were made worse by the November 1854 storm which ruined the Allies' camps and supply lines. Many troops had no cold weather clothing during the winter of 1854-1855. These French soldiers were luckier and have been issued with warm greatcoats and blankets.