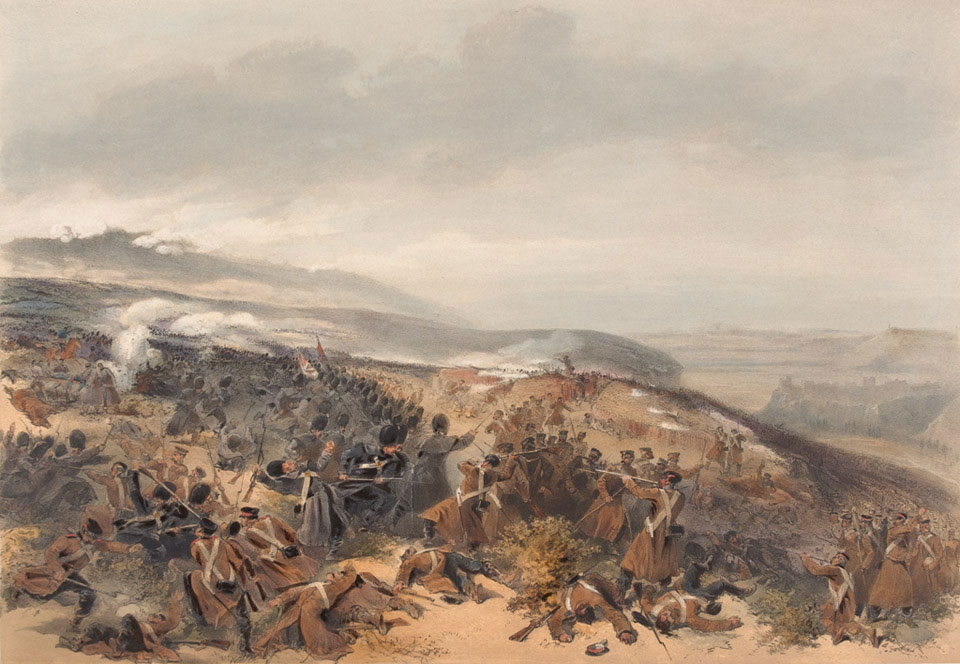 'Second Charge of the Guards when they retook the Two Gun Battery at the Battle of Inkerman [sic]', 1854

Coloured tinted lithograph by E Morin, 1855. One of 40 lithographs from 'The Seat of War in the East - First Series' after William Simpson, published by Paul and Dominic Colnaghi and Company, 5 February 1855.

In this work Simpson depicts the British Foot Guards, clothed in their greatcoats but still wearing bearskins, attacking the Sandbag Battery at Inkerman. The battery changed hands repeatedly during the battle on 5 November 1854.