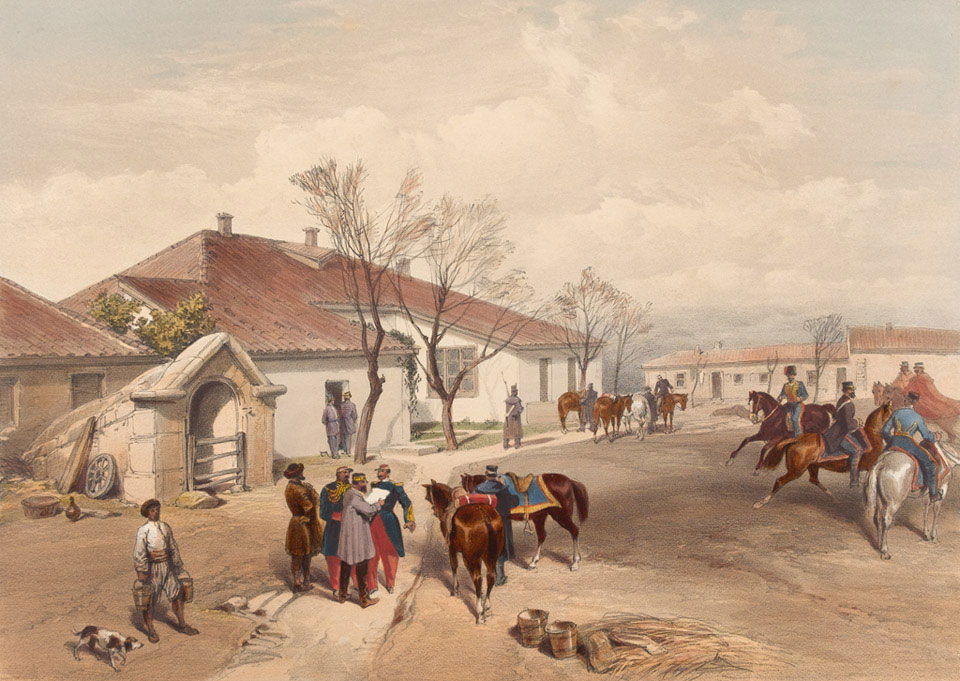 Coloured tinted lithograph, by C Haghe, 1855. One of 40 lithographs from 'The Seat of War in the East - First Series' after William Simpson, published by Paul and Dominic Colnaghi and Company, 18 January 1855.

Following the outbreak of the Crimean War (1854-1856), Paul and Dominic Colnaghi employed William Simpson to journey to the Crimea and make sketches on the spot of the campaign. He travelled with British troops from November 1854 until the fall of Sebastopol in September 1855.