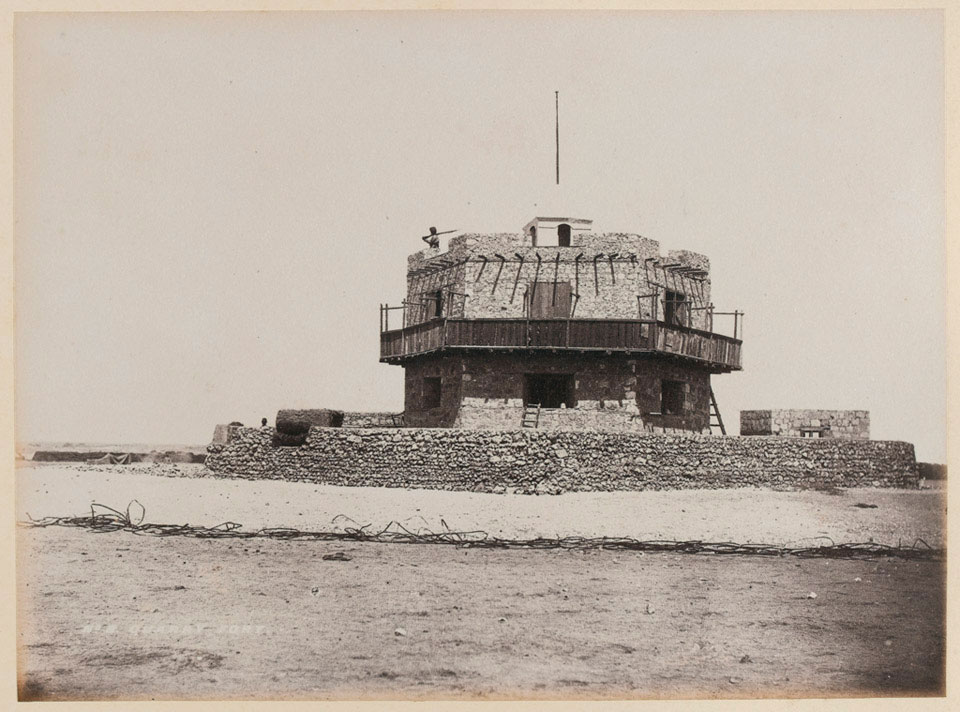 A defensive blockhouse with a sentry on the ramparts. Quarry Fort was part of of a series of defensive works constructed to defend the Sudanese port.

From album of 72 photograph taken by the Royal Engineers with the Suakin Field Force.Associated with 1st Sudan War (1884-1885).