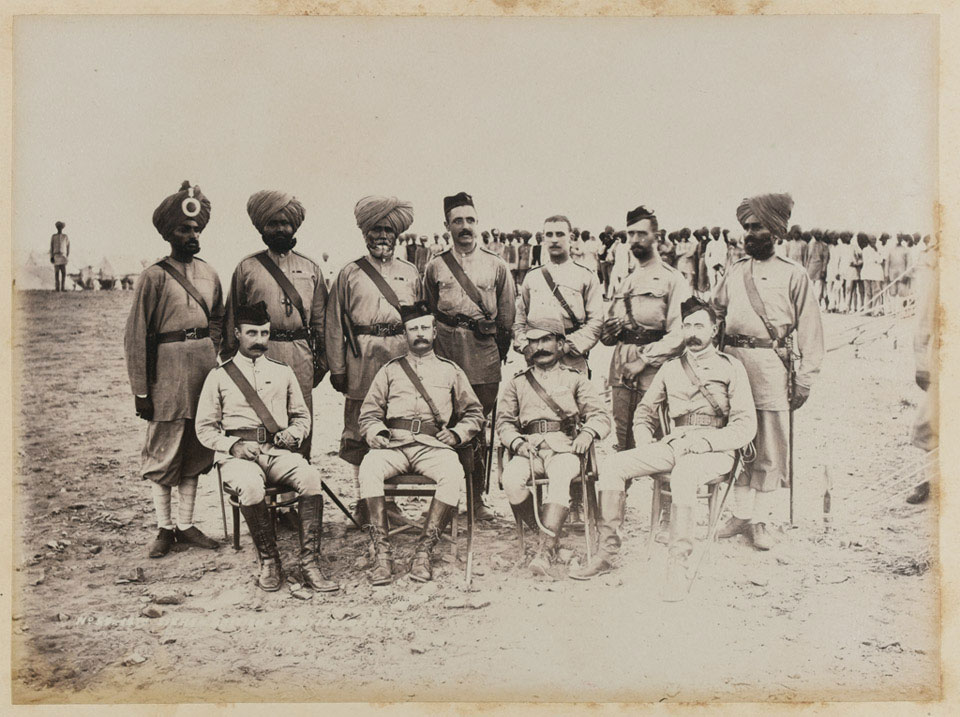 The 15th were part of a 4,000 strong Anglo-Indian force under Major-General Gerald Graham that had been sent to the Red Sea port of Suakin after an Egyptian force under Colonel Valentine Baker had been wiped out there by Mahdist tribesmen in January 1884.

From album of 72 photograph taken by the Royal Engineers with the Suakin Field Force.