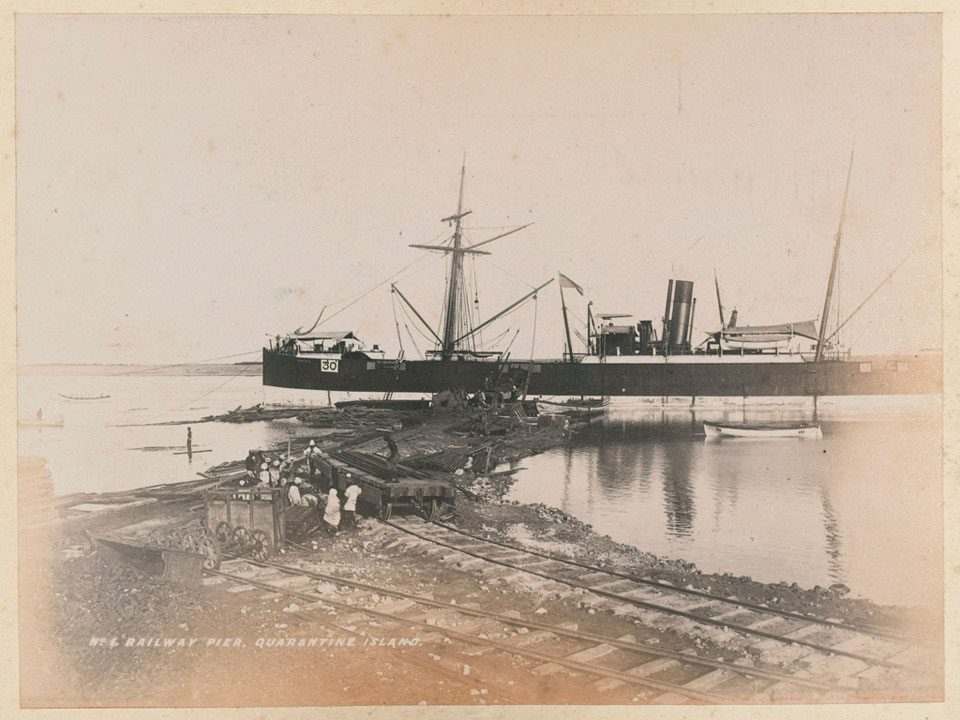 Ships at dock at Suakin in Sudan with railway tracks in the foreground.