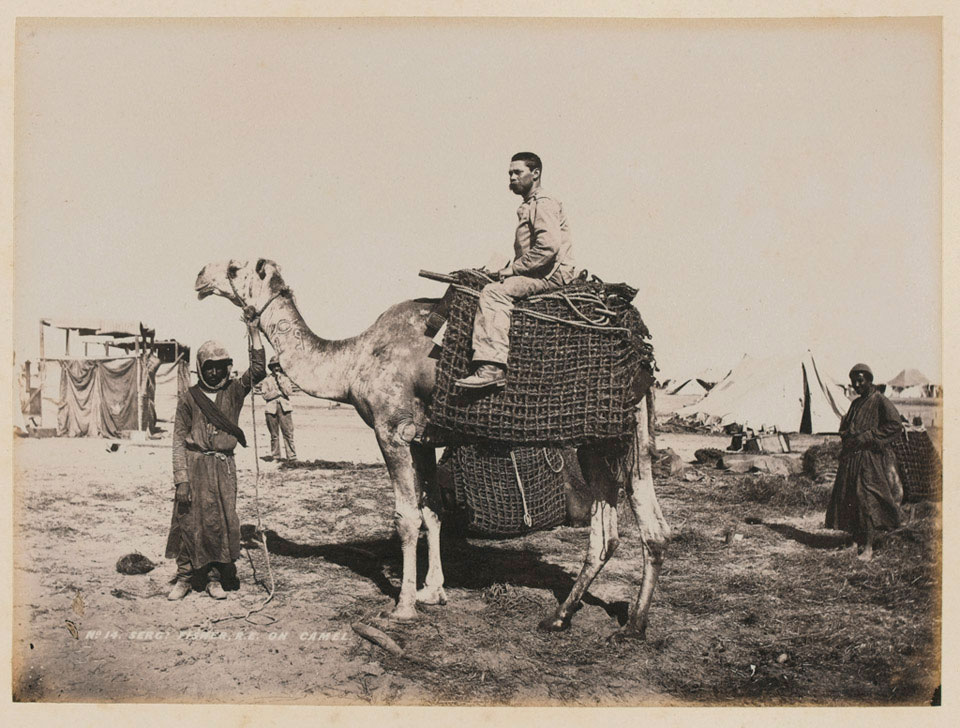 A non-commissioned officer of the Royal Engineers on a camel, probably in Suakin.