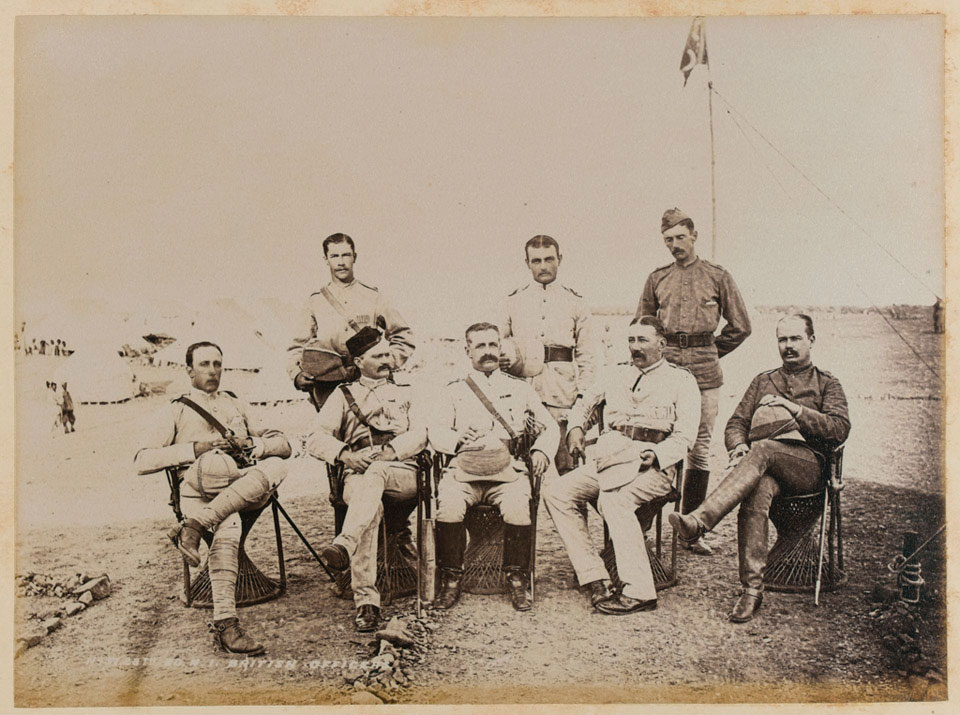 A portrait group of officers of the 28th Regiment of Bombay Native Infantry in the Sudan.

Suakin is a port on the Red Sea in the north east of Sudan. It was used as a base by British forces operating against the Mahdist supporters of Osman Digna in 1884. Major General Sir Gerald Graham commanded a small Anglo-Indian force at Suakin. As the British attempted to evacuate the Sudan, a number of hard fought battles including El Teb and Tamai were fought by the Suakin Field Force. When a force was despatched from Egypt to relieve General Charles Gordon at Khartoum, Graham commanded a second expedition to Suakin. A railway was to be constructed from Suakin to Berber to connect the two forces. The Suakin expeditionary forces defeated the Mahdists at Hashin and Tofrek in March 1885. The 28th Regiment of Bombay Native Infantry fought at Tofrek.

Suakin's importance was eventually reduced permanently as Port Sudan was developed by the British following the defeat of Mahdist forces in the region.