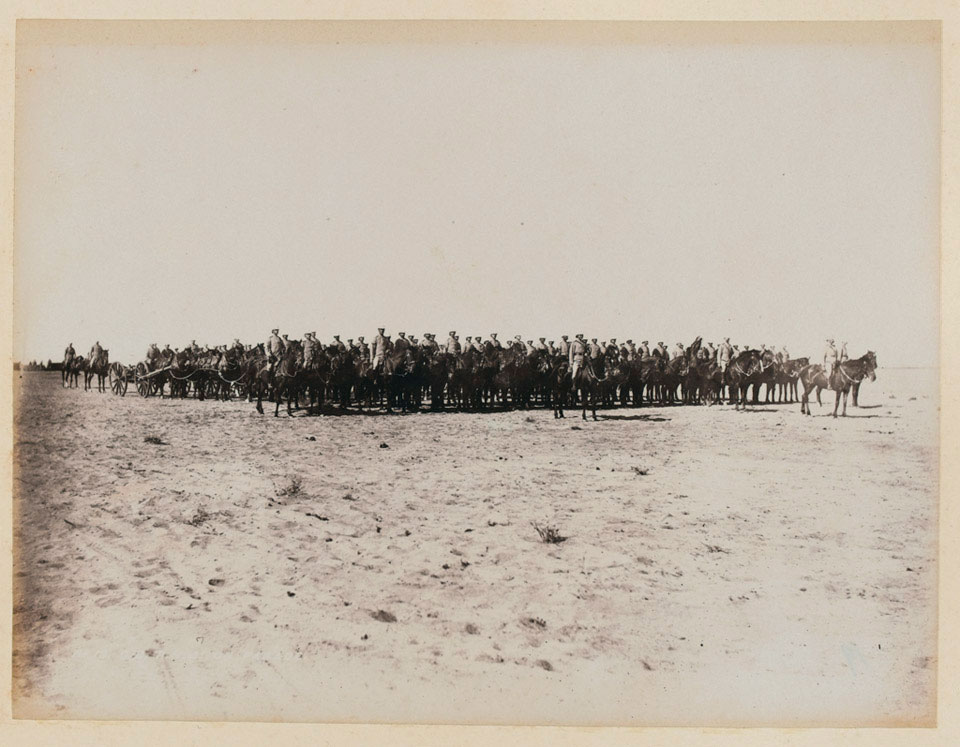 Royal Horse Artillery on parade in the desert in the Sudan.