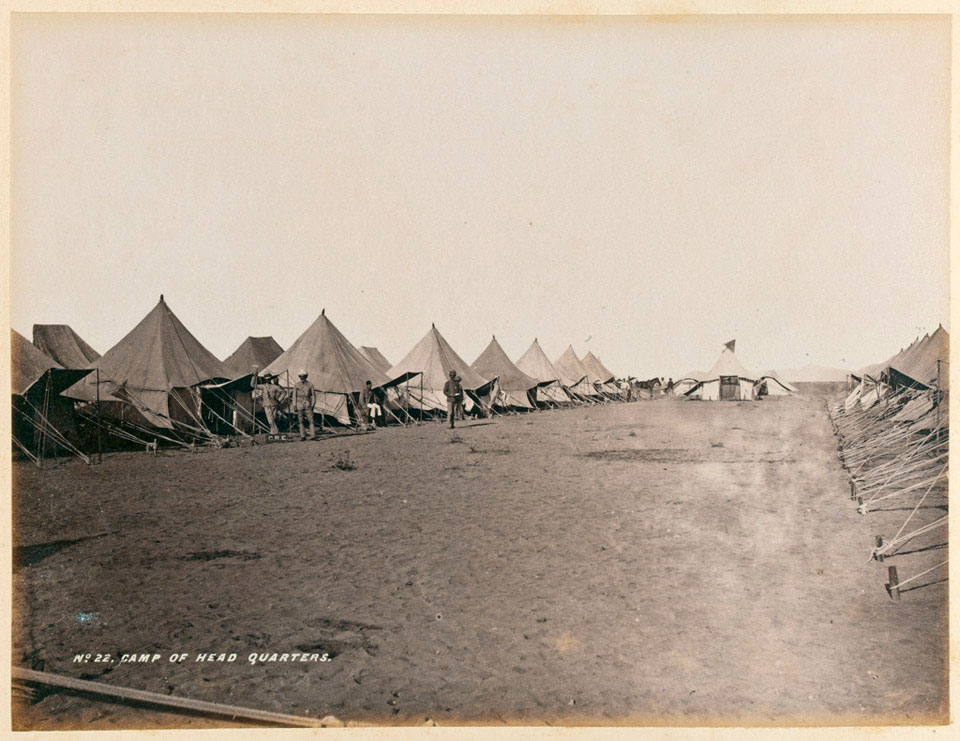 Tented encampment in the desert in the Sudan.