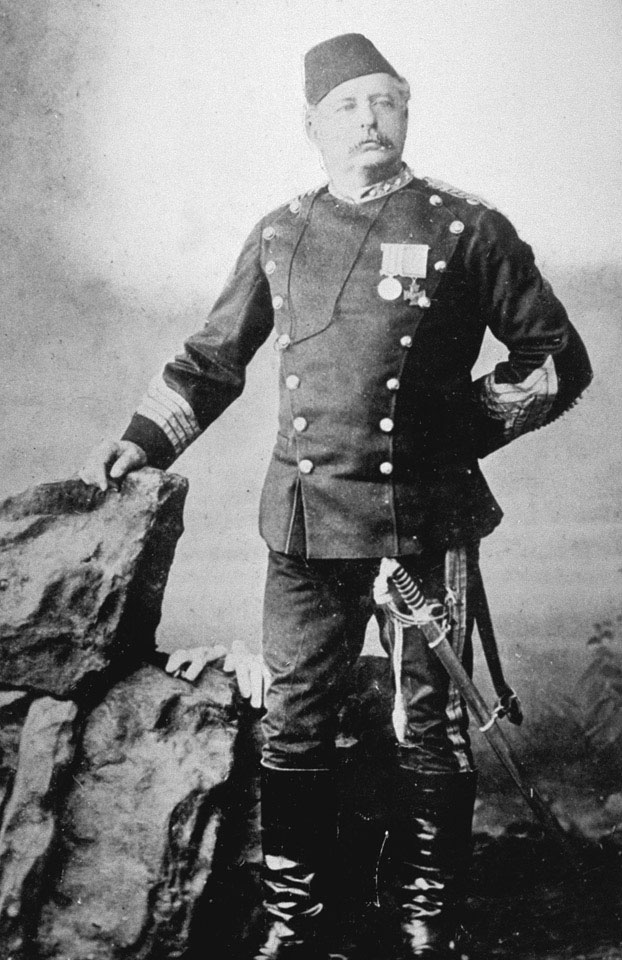 Charles George Baker (1830-1906) won the Victoria Cross on 27 September 1858 at Suhejnee, near Peroo in Bengal during the Indian Mutiny (1857-1859). He was in command of a mixed party of cavalry and mounted police (about 120 strong) which attacked and put to flight a force of about 100 mutineers.