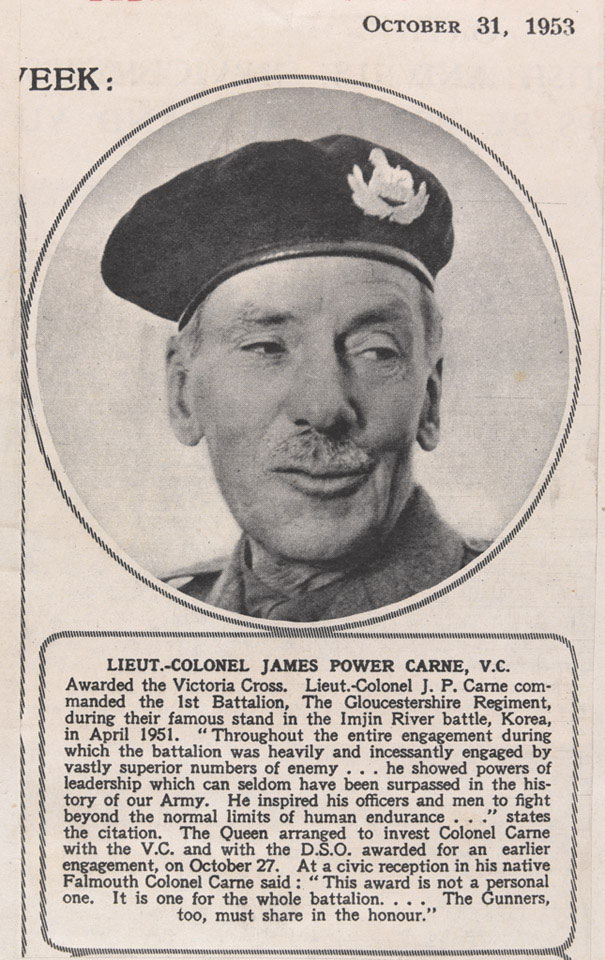 Between 22 and 25 April 1951 Colonel Carne (1906-1986) and around 750 men of the Gloucester Regiment fought over 10,000 Chinese at Hill 235 on the Imjin River in Korea. When they were finally given the order to break out only 40 men managed to reach safety. The Chinese captured or killed the rest. Carne was imprisoned in North Korea. Subjected to 're-education' and kept in solitary confinement, he was eventually released in September 1953. The following month he was awarded the Victoria Cross (VC) for his gallantry and leadership at the Imjin.