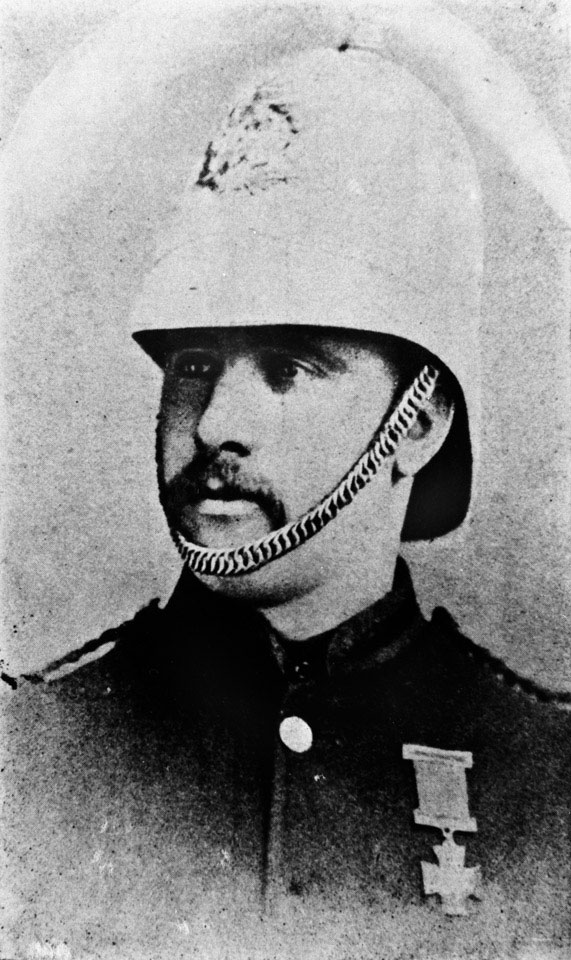 Frederick Corbett (1853-1912) was born on 17 September 1853 in Maldon, Essex. His birth name was David Embleton, but he enlisted under the name of Frederick Corbett in 1873. He won the Victoria Cross (VC) while serving with 3rd Battalion, The King's Royal Rifle Corps, during the Egyptian campaign of 1882. According to 'The London Gazette' of 16 February 1883:

'During the reconnaissance upon, Kafr Dowar, Egypt, on 5 August 1882, the Mounted Infantry, with which Private Corbett was serving, came under a hot fire from the enemy and suffered some loss, including Lieutenant Howard Vyse, mortally wounded. This officer fell in the open, and there being then no time to move him, Private Corbett asked and obtained permission to remain by him, and though under a constant fire, he sat down and endeavoured to stop the bleeding of this officer's wounds, until the Mounted Infantry received orders to retire, when he rendered valuable assistance in carrying him off the field.'

Corbett was later stripped of his VC on 30 July 1884 after being found guilty at a Court Martial of being absent without leave, embezzlement and theft from an officer. In February 1887 he was given 84 days hard labour for theft and in September 1889 another 84 days for striking a superior officer. He was discharged from the Army in January 1891 as medically unfit. Corbett died at Maldon Union Workhouse on 25 September 1912.