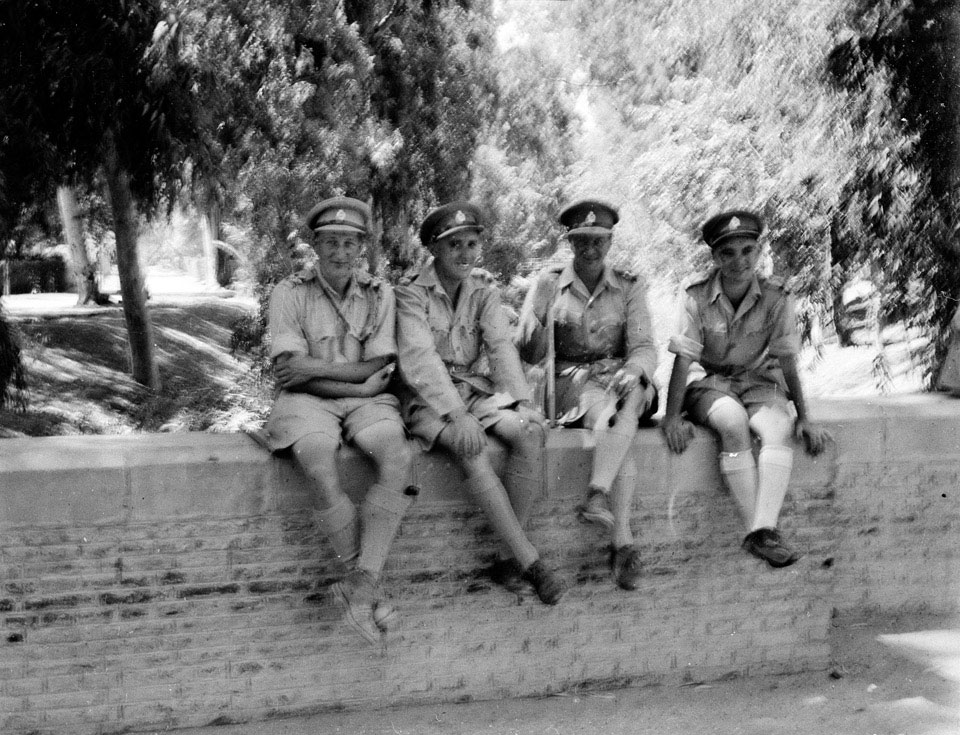 Group of officers from the County of London Yeomanry (Sharpshooters), Maadi, Cairo, Egypt, 1943

In early 1943, the 3rd County of London Yeomanry (Sharpshooters) were moved to Cowley Camp at Mena near Cairo. Maadi, also near Cairo, was a centre for interrogation as well a training facility for British and Commonwealth troops.