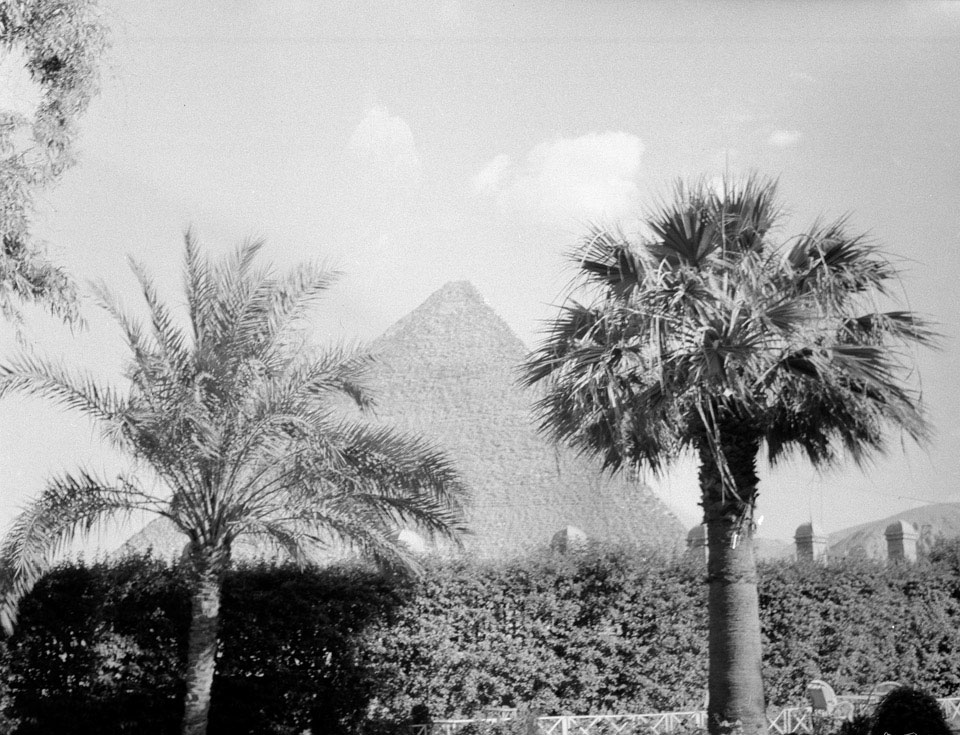 View of a pyramid from the Mena House Hotel, Cairo, Egypt, 1943.

In early 1943 the 3rd County of London Yeomanry (Sharpshooters) were moved to Cowley Camp at Mena near Cairo.

The Mena House Hotel, Cairo, was established in 1869 as a hunting lodge In November 1943 the hotel was a venue for a summit for Allied Chiefs of Staff. Sir Winston Churchill, President Franklin Roosevelt and the Chiang Kai-Shek were among the leaders who attended the 'Sextant' Conference. In 2015 it became part of Marriott International organisation in 2015. Despite heavy development it retains its views of the pyramids.