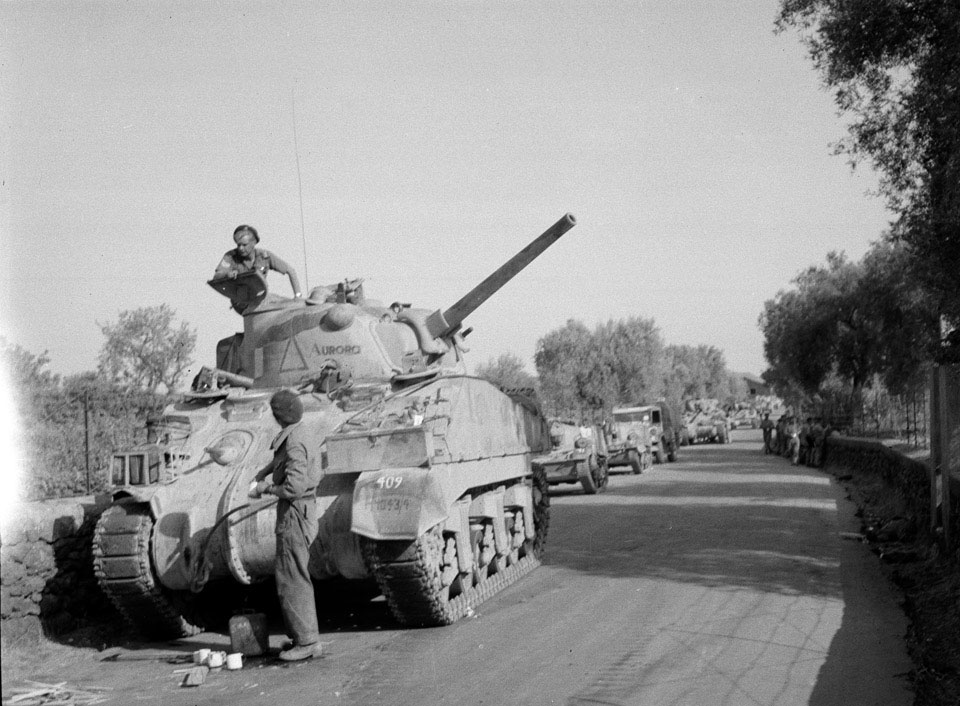 The crew of 'Aurora', a M4 Sherman tank of 3rd County of London Yeomanry (Sharpshooters) halt on a road for a mug of tea during the Sicilian campaign. The Sherman tank was comparatively fast, mechanically reliable and easy to manufacture and service. It performed well against most Axis tanks of the time, but the standard Sherman, fitted with a 75 mm gun, was significantly inferior in both armour and armament to the German Panther and Tiger.