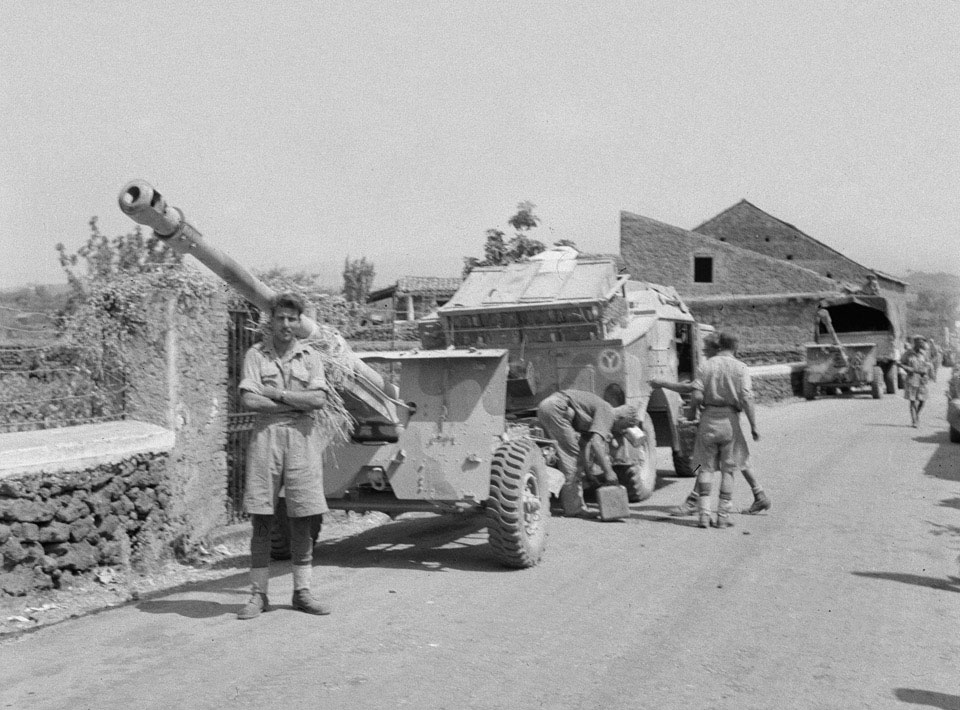 The 17-pounder anti-tank gun was developed to counter the threat of the heavily armoured German Panther and Tiger tanks. The first 100 guns were quickly sent off to North Africa in 1942 before proper carriages had been developed. They had to be mounted in the carriages of 25-pounder guns. These early weapons were known as 25/17-pounders and given the code name 'Pheasant'. They first saw action in February 1943. Fully developed 17-pounders were first used during the Italian Campaign.