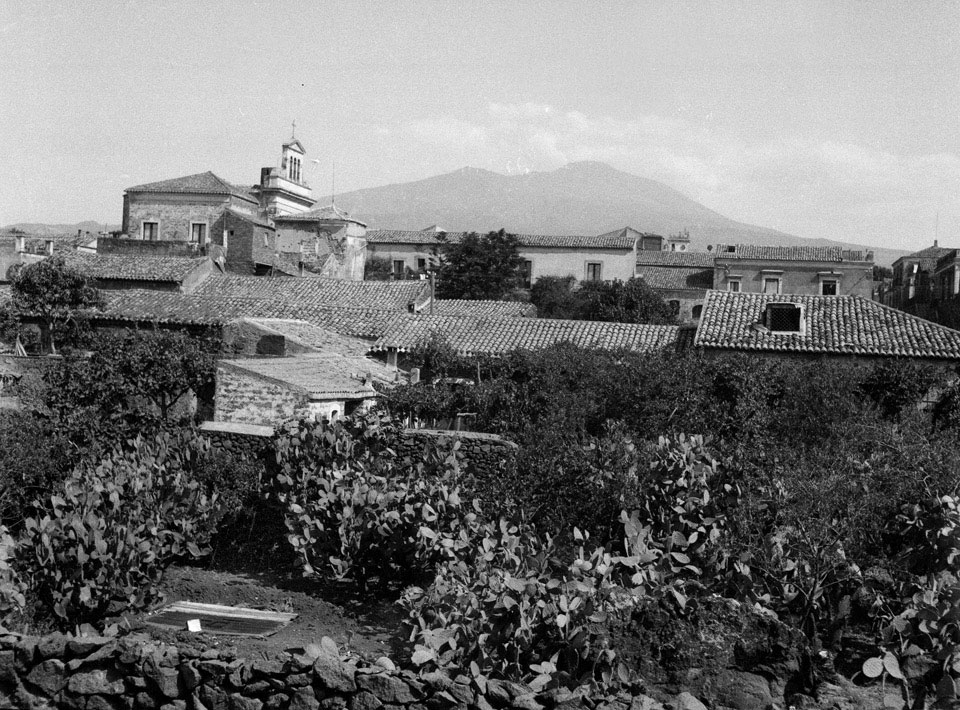 Mount Etna taken from the town of Belpasso. The bell tower of the Church of Madonna of Carmel can be seen on the left of the photograph which has been printed in reverse.

Mount Etna from Belpasso. 3rd County of London Yeomanry (Sharpshooters) landed in Sicily on 10 July 1943 as part of 4th Armoured Brigade, fighting their way across the island as the Italian and German defenders retreated towards the Straits of Messina. The surviving Axis forces evacuated the island by 17 August.