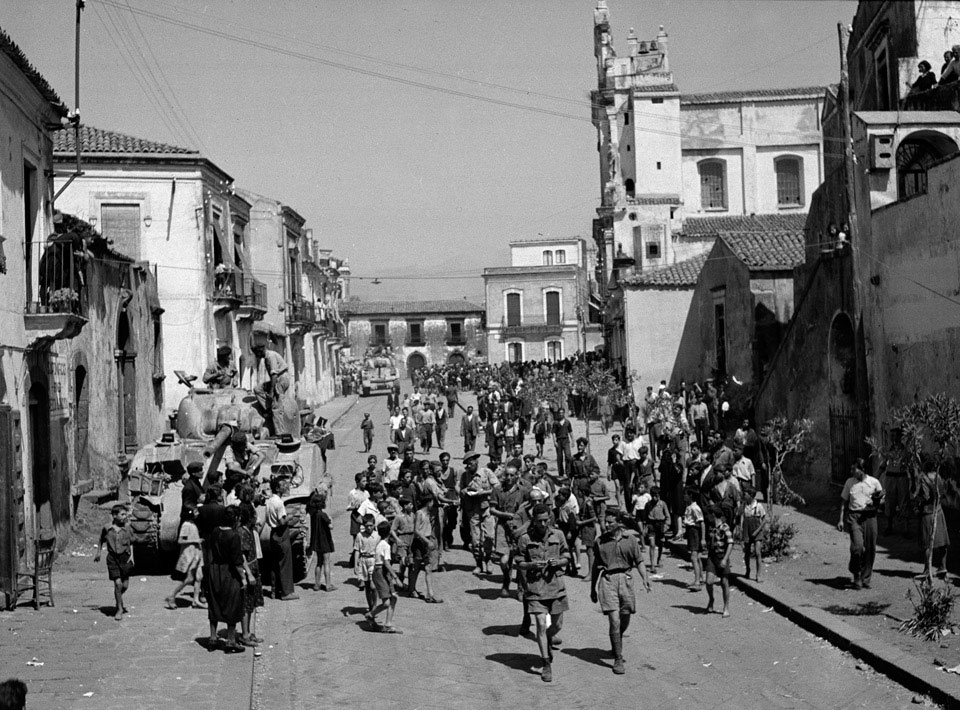 German prisoners march past Sherman tanks of 3rd County of London Yeomanry (Sharpshooters) in the Sicilian town of Mascalucia which was occupied by the Allies in August 1943.