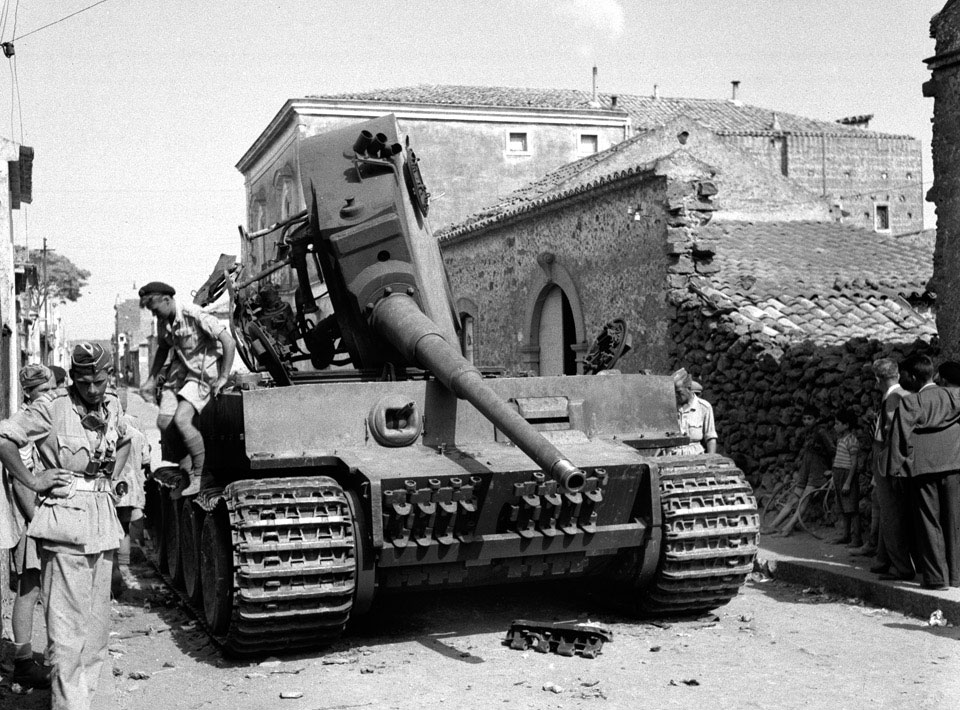 The Tiger was one of the most feared German tanks of the Second World War. Heavily armoured and fitted with a powerful 88 mm gun, few Allied or Soviet tanks were a match for it in open combat. This example was probably scuttled by its crew in Belpasso in Catania during the Allied invasion of Sicily./p>