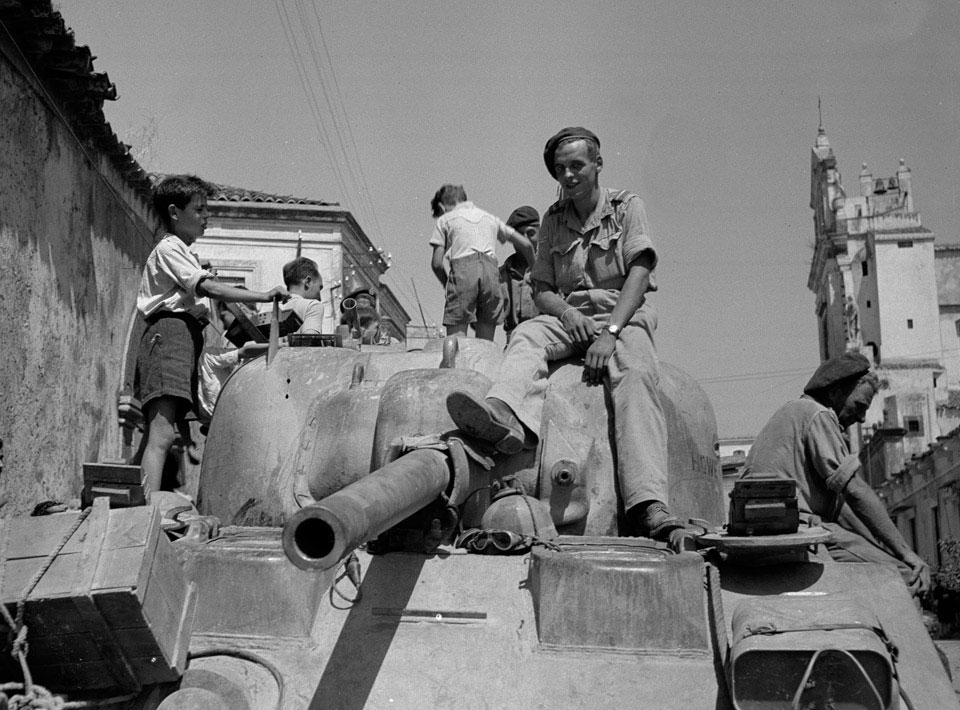 Sherman tank of 3rd County of London Yeomanry (Sharpshooters) in the Sicilian town of Mascalucia, 1943

The two British soldiers sharing their tank with inquisitive local children are named as 'Jack Jenkins' and 'Trooper Findlay'. Mascalucia was occupied by the Allies in August 1943 following the invasion of Sicily.