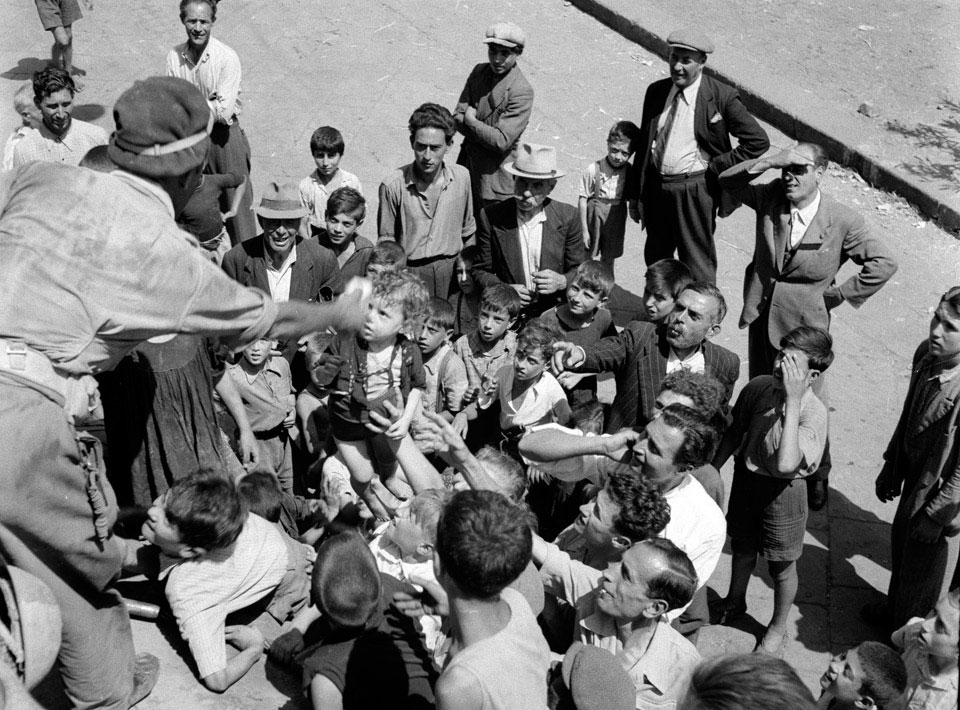 3rd County of London Yeomanry (Sharpshooters) in the Sicilian town of Mascalucia, 1943

'People after food. Mascalucia'. Tank crew handing out food to Italian civilians. Mascalucia was occupied by the Allies in August 1943 following the invasion of Sicily.