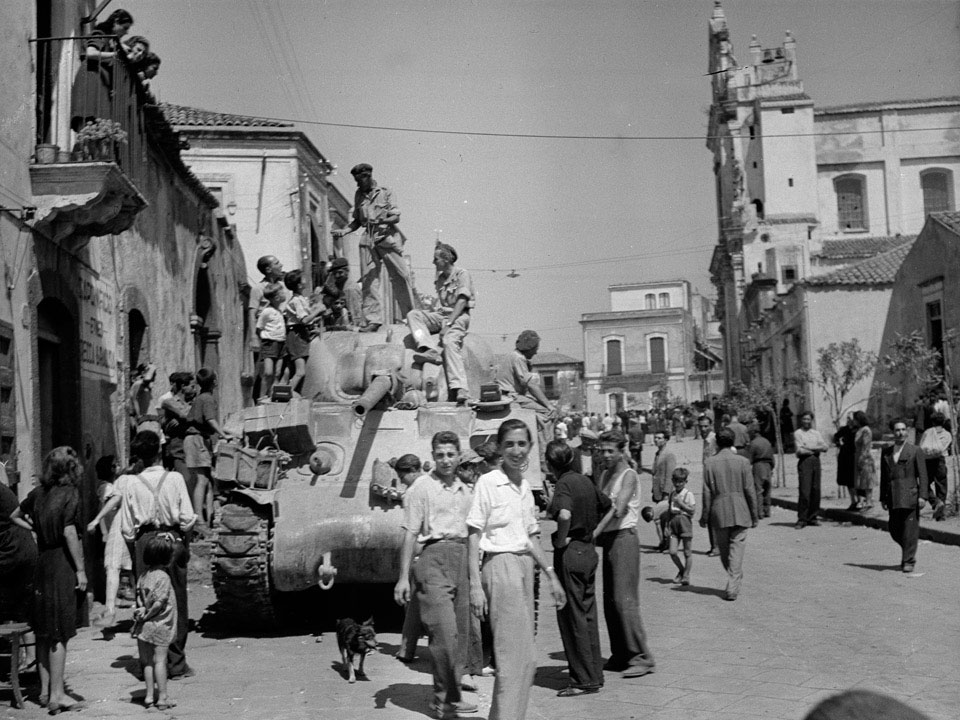 Sicilian civilians surround a British tank during the Allied occupation of their island. The American-made M4 Sherman was the Allies' main battle tank during World War Two.