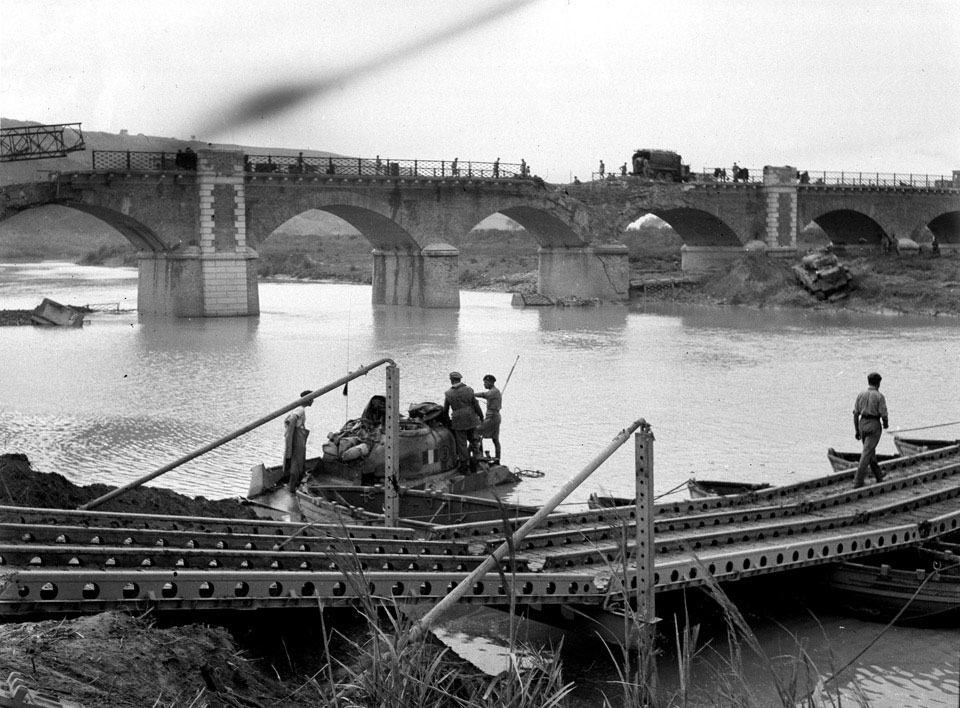 Building a Bailey Bridge on the River Biferno, October 1943

Following the Allied invasion of Italy the Germans had set up a series of defensive lines across the country. The Volturno Line was the southernmost of these and included the RIver Biferno. Although infantry units had crossed the river on 3 October logistical problems and poor weather prevented the Allies from building a heavy duty bridge that was capable of taking tanks across. The isolated infantry were soon attacked by the 16th Panzer Division and forced onto the defensive. By the afternoon of 5 October they had been squeezed back to within half a mile of Termoli. However, at the same time frantic efforts by Allied engineers had resulted in a Bailey bridge being built that allowed the armoured units, including the 3rd County of London Yeomanry, to cross. That evening the 38th Brigade also arrived by sea at Termoli and the timely arrival of both meant the German attack the following morning was repulsed.