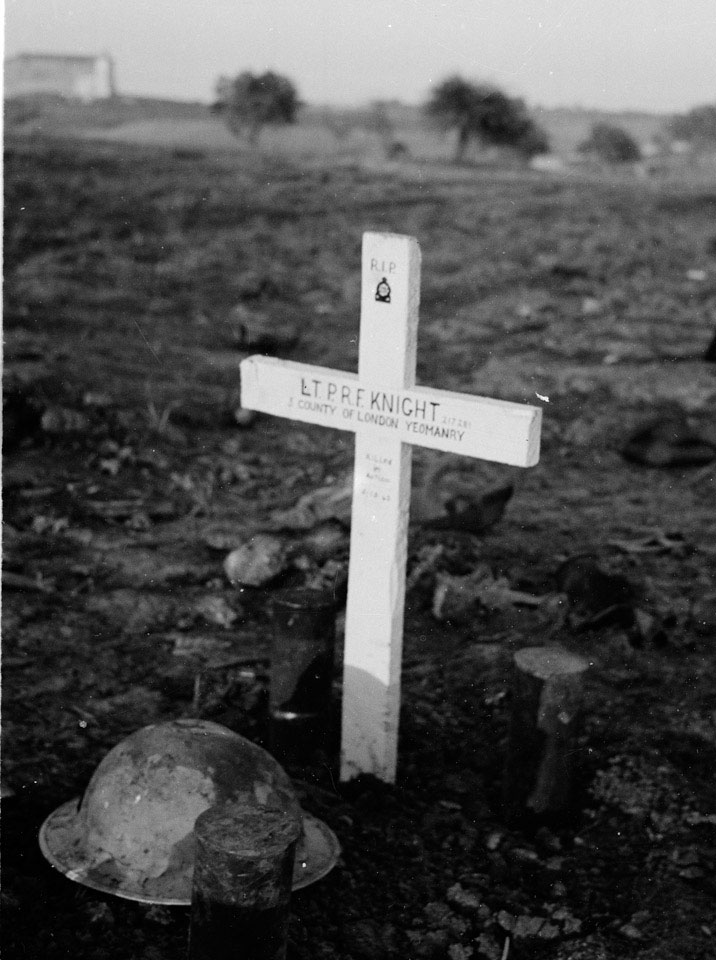 A British helmet lies next to a white wooden grave marker recording the death in action of 22 year old Lieutenant Peter Knight of the 3rd County of London Yeomanry. The cross has the correct service number but the initials appear to be incorrect.

The 3rd County of London Yeomanry War Diary for 1943 records Lieutenant P P R Knight among a group of '1st line reinforcements' that joined the Sharpshooters on 9 January 1943. In August 1943 he is reported as leading 'Knightforce', a combined force of Royal Engineers and Commandos in an amphibious operation in Sicily. Knight is finally mentioned amongst several men killed and wounded on mainland Italy, after heavy fighting with German tanks near Termoli on 5 October 1943.