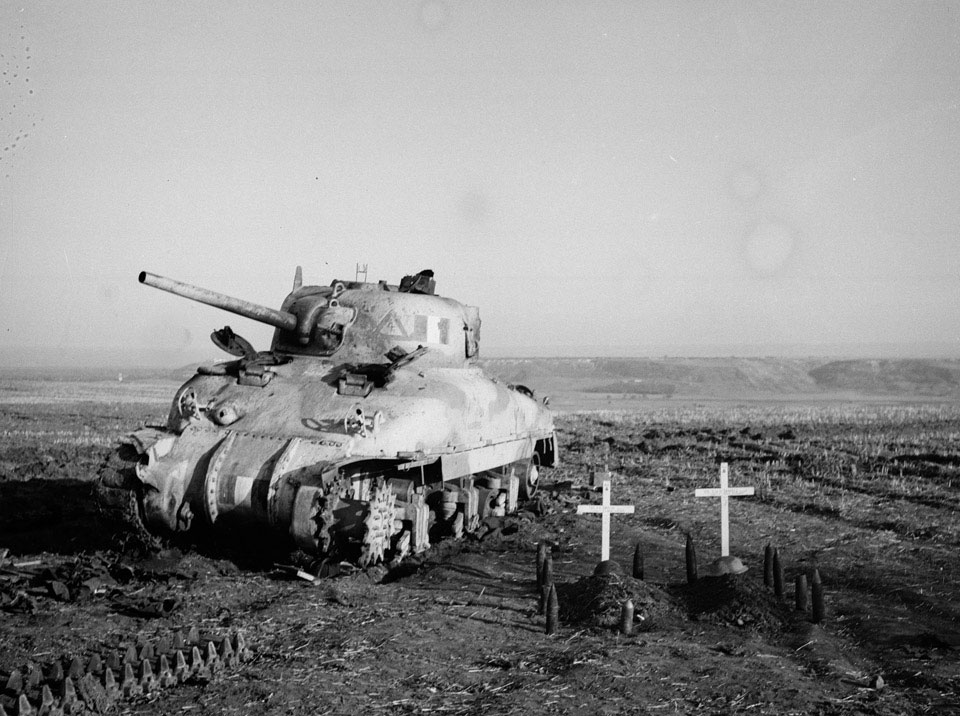 Sherman tank, with two white wooden grave markers to the right; the graves are marked with ammunition shells, Italy, 1943

The tank was knocked out on the heights overlooking Termoli on 6 October 1943. The crew members killed and buried nearby were Corporal D W H Daniels, aged 22, and Trooper J A Taylor, aged 20. The tank commander, Corporal Michael Carter, later died of his wounds, also aged just 20. The Commonwealth War Graves Commission records Carter's burial at the Bari War Cemetery. Taylor is buried at the Sangro River War Cemetery and Daniels is commemorated on the Cassino Memorial.