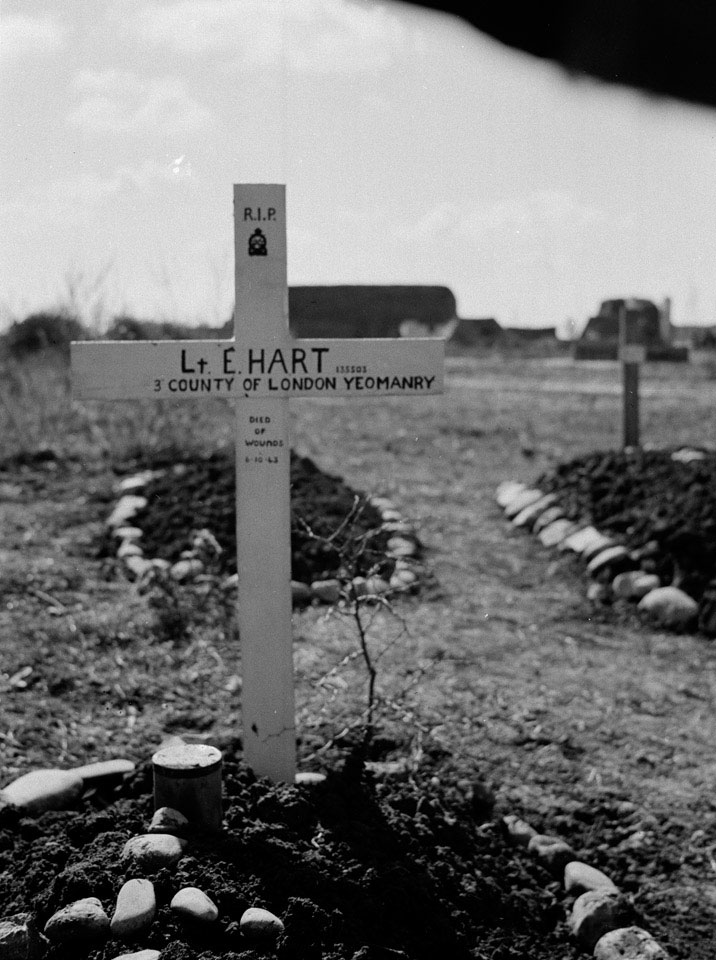 A white wooden grave marker with other graves are visible in the background. The marker is inscribed, 'R.I.P Lt E Hart 135503V 3 County of London Yeomanry Died of Wounds 6.10.43'. Lieutenant Hart was seconded to 3rd County of London Yeomanry (Sharpshooters) from the South African Armoured Corps. He was later buried at the Sangro River War Cemetery.

The 3rd County of London Yeomanry's War Diary records heavy fighting on the 5th and 6th of October in the Termoli area. Hart is listed amongst the dead and wounded on the 6th, the unit having lost a number of tanks to German Panzer IV tanks.