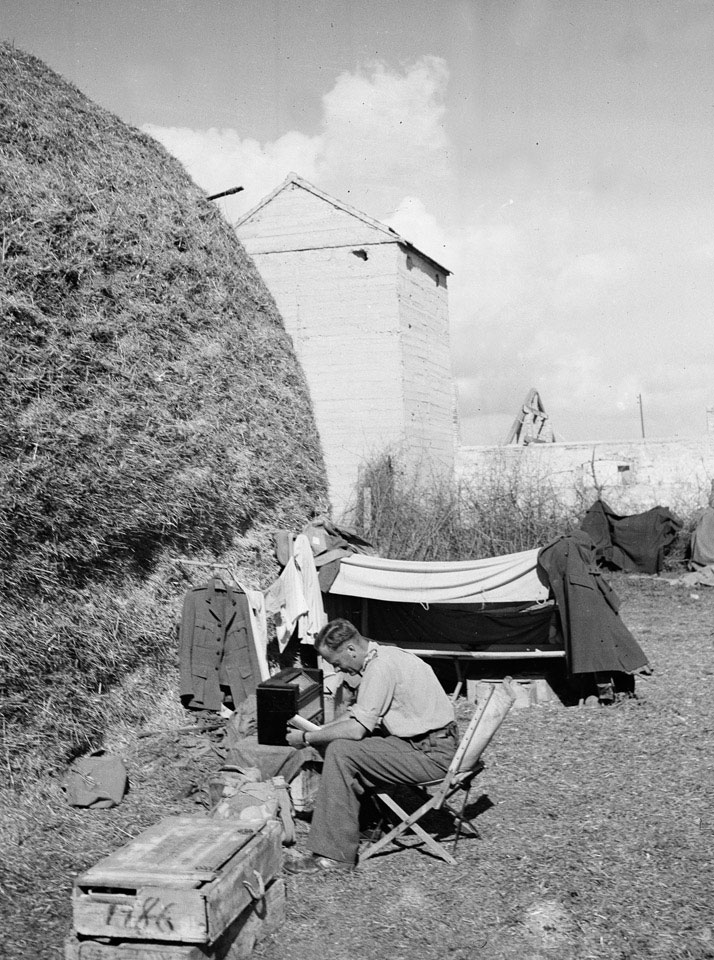 British troops bivouac next to a haystack and farm buildings in Italy.