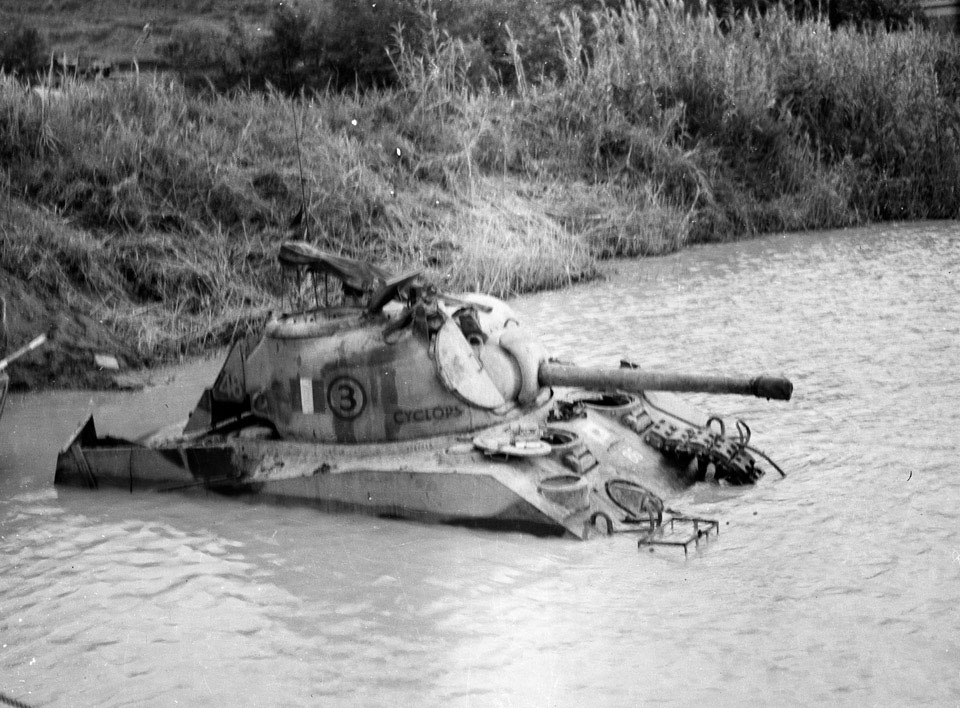 British armoured units, including 3rd County of London Yeomanry, attempted to ford the river but it was too deep after a spell of poor weather. They were forced to wait three hours whilst the sappers built a Bailey bridge that allowed them to cross and reinforce Allied infantry units which were under attack from the 16th Panzer Division.