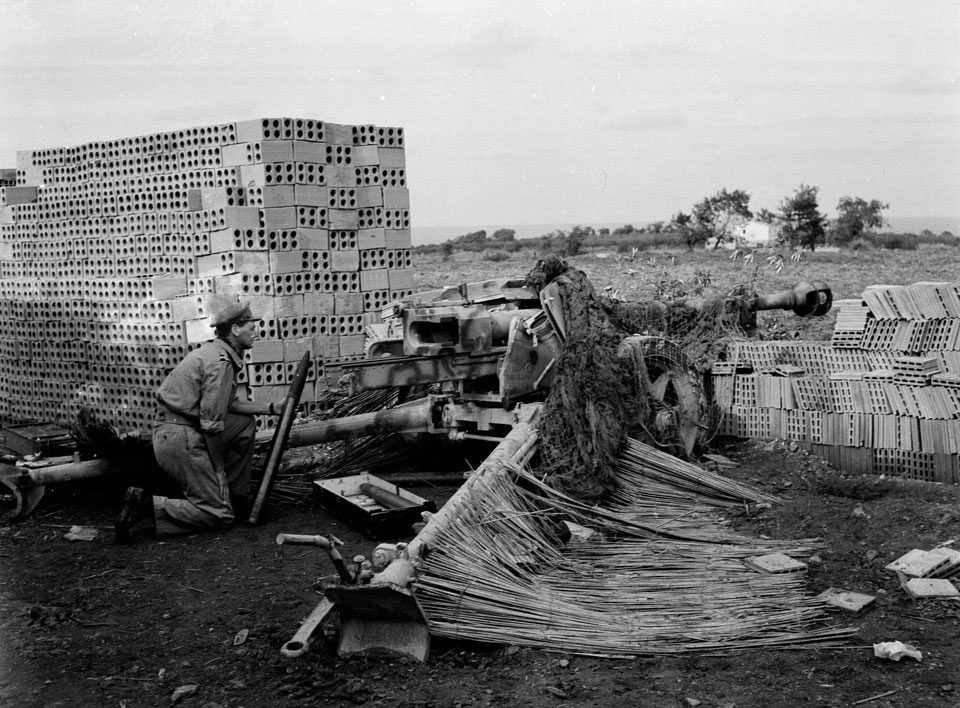 A captured 75mm anti-tank gun in the brick works at Termoli, October 1943

The well-concealed gun had caused 'C' Squadron of 3rd County of London Yeomanry (Sharpshooters) much trouble as it fought its way into Termoli. The 75mm PaK 40 was the standard German anti-tank gun for much of the Second World War and was effective against almost every Allied and Soviet tank.