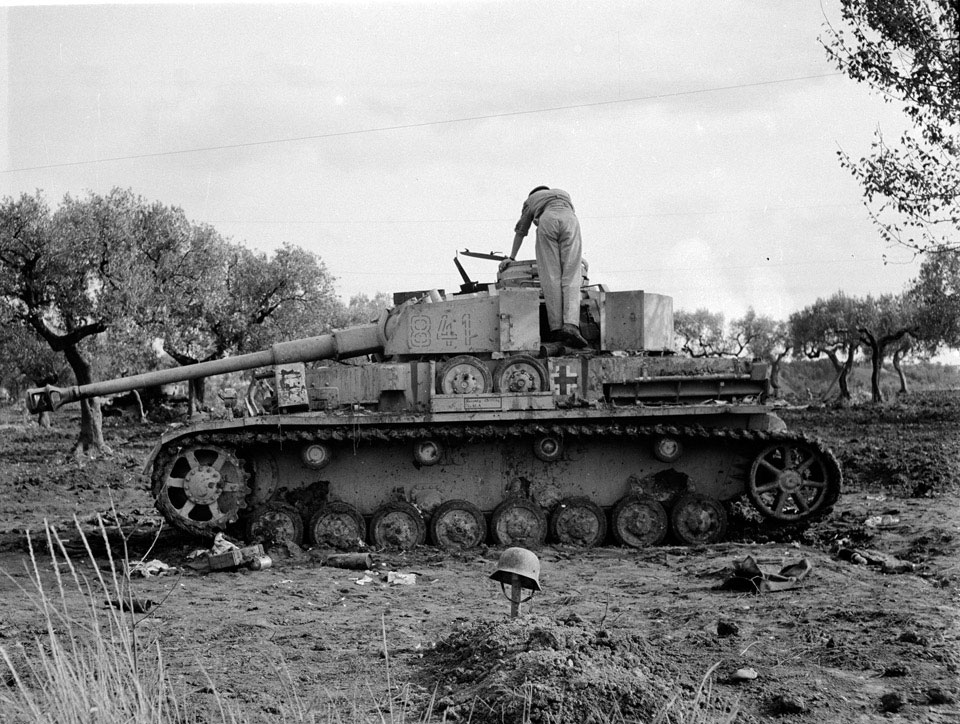 The Panzer IV was the workhorse of the German Panzer Corps, and saw action in all theatres of combat throughout the war, including Italy. The upgunned version, fitted with a formidable 75 mm KwK 40 gun, was called the Mk IV Special by the Allies.