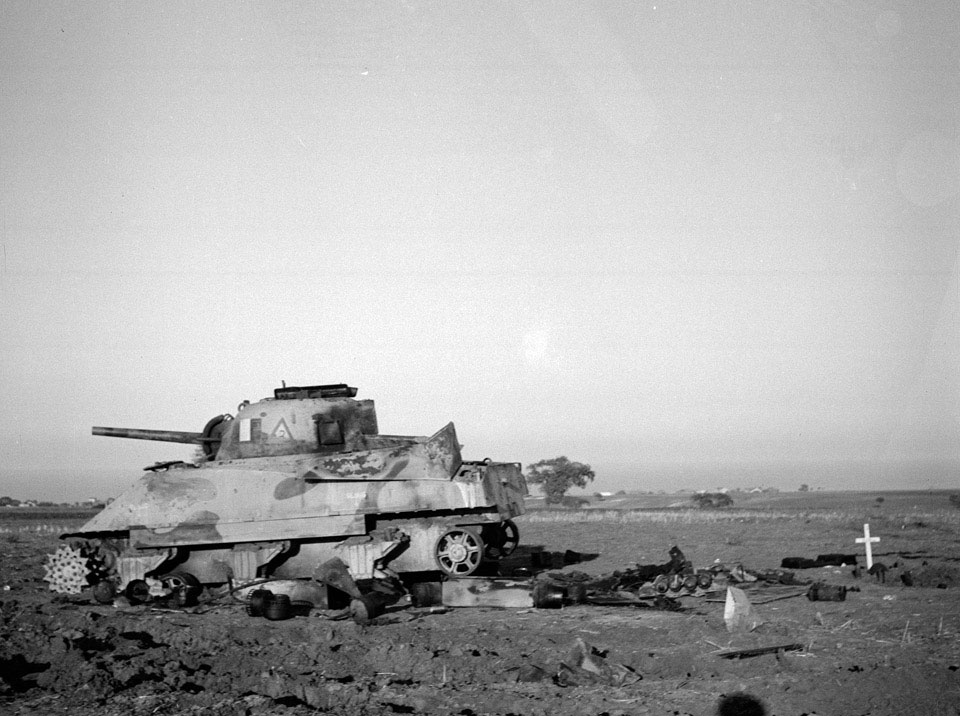 The knocked out Sherman tank, commanded by Richard (Dickie) Roberts, in which Lance-corporal Mark Read was killed in action on 5 October 1943, in the Termoli area. The Commonwealth War Graves Commission records Read's burial at the Sangro River War Cemetery.